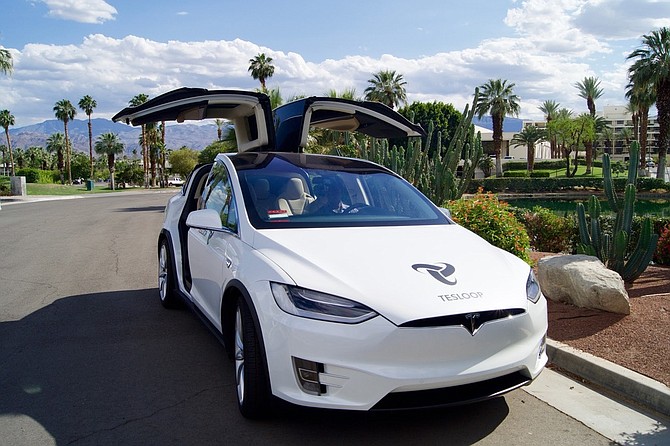 Long-haul commuting is better in a Tesla.

That’s the theory behind Tesloop of Culver City, a car service which ferries passengers on highway trips between 50 miles and 200 miles around Southern California in Tesla Inc.’s Model X or Model S cars.

The startup has undergone a small growth spurt in the past three months, tripling its number of Model X vehicles to the count of seven; its fleet also includes one Model S sedan. Routes to Orange County and San Diego have also been added, as well as a trip-booking mobile app.

Tesloop is aiming to create a service that competes with intercity transportation such as buses, trains and airplanes. The company does not aim to compete on short, intracity trips with ridesharing behemoths such as Uber Technologies Inc. and Lyft Inc.

“The electric drive train makes it three times cheaper per mile to move a Tesla when you include the cost of fuel and maintenance,” he said, noting that the company estimates a lifetime operating cost of between 5 and 10 cents a mile. “The thing about the electric motor is it lasts many, many miles and you don’t have to maintenance.”

Tesloop aims to drive its cars much more frequently to achieve those cost-per-mile targets. Its first car, a Model S sedan, has logged nearly 300,000 miles since the company’s launch in mid-2015. The company aims to keep the car in its fleet until its odometer hits 1 million miles.

“Our model is about high utilization,” Sonnad said. “We are driving the cars up to 17,000 miles a month.”

The company has grown to more than 60 employees since its founding. It recently raised a seven-figure seed round to finance its growth from investors including Inspiration Ventures, Clearstone Ventures and Global Trust Ventures. The company declined to disclose the exact amount of the round.