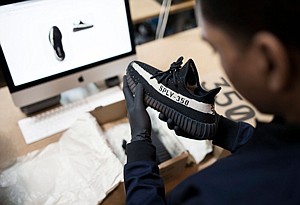 “People thought they could strike (it) rich if they made another app, but the data shows how difficult it is,” said Kristina Lerman, project leader at the institute who helped conduct the study. “Unless you have a blockbuster, you won’t make any money.”

The top two apps for in-app purchases were Supercell’s “Clash of Clans” and Santa Monica-based Activision’s “Candy Crush Saga,” which generated revenue of $357 million and $168 million, respectively, in the March 2014 to June 2015 period when the study was conducted. The institute analyzed 776 million Apple mobile-device digital purchase receipts, including songs, apps, and in-app purchases.

“There is a huge inequality in spending,” she said.

What’s more, the top 1 percent of purchasers account for 59 percent of all money spent on in-app purchases, according to the study.

“They love to spend money,” said Lerman of the biggest buyers. “They get hooked on one or two apps and they play it all the time.”

“People, even though they get hooked and spend a lot of money on their favorite games, predictably they lose interest,” she said. “So, game publishers come out with new releases, and that works. It gets people hooked back on the app.”

Indeed, big spenders are the most valuable target segment for app developers, according to the study. Even if such users abandon an app that they are frequently buying from, they are 4.5 times more likely to be a big spender in a new app compared with a random user.

Greatest of All Time

The company’s app facilitates sneaker resales for so-called sneakerheads, collectors of hard-to-find shoes. Before the sneakers are listed on the app, at an average price of $330, they are sent to the company for inspection for possible damage or counterfeiting. Goat is an acronym for “Greatest of All Time,” a phrase used by sports fans to describe top athletes.

The company’s funding will be used to accelerate its planned push for domestic and international revenue growth. Goat anticipates hiring employees for engineering, operations, product, and marketing roles to support its expansion. The company also plans to open facilities to improve operations and logistics.

Eddy Lu, chief executive and co-founder, said in an email that he believes the sneaker resale market is worth more than $2 billion annually and is growing. The company has been able to tap into that market by focusing on building trust and ensuring safety between buyers, issues which slowed sneaker reselling on websites such as eBay.

“It was just a few months after we launched and we decided to take a loss leader marketing approach, where we offered the year’s most coveted sneaker releases at their original retail price,” said Lu. “This means sneakers like the Yeezy Boost 350 (an Adidas sneaker designed by rapper Kanye West) that can go for $2,000 or more were available at the original price of $200 again. Several streetwear publications covered it and that’s when we really started to grow.”

Goat has raised a total of $37.6 million in venture funding since its founding in 2015. Its $25 million round also included existing investors Matrix Partners, Santa Monica’s Upfront Ventures, and Webb Investment Network.

Ryan Sweeney, general partner at Accel, will join Goat’s board.

After years of stalled negotiations among entertainment union SAG-Aftra, movie studios, and other entertainment firms, a direct-deposit residual payment system for union members has been agreed upon, facilitated by tech startup Exactuals of Westwood.

“There have been a number of initiatives in the past that were efforts to build an industrywide direct deposit residual payment system,” said David White, SAG-Aftra national executive director. “Those efforts fell apart.”

Exactuals succeeded where others had failed because it was a third party with no political or institutional ties, he said.

“It took them some time to learn the system, but they were patient and they built the system in a way that worked for SAG-Aftra, and for the studios, and the (other) payers,” said White.