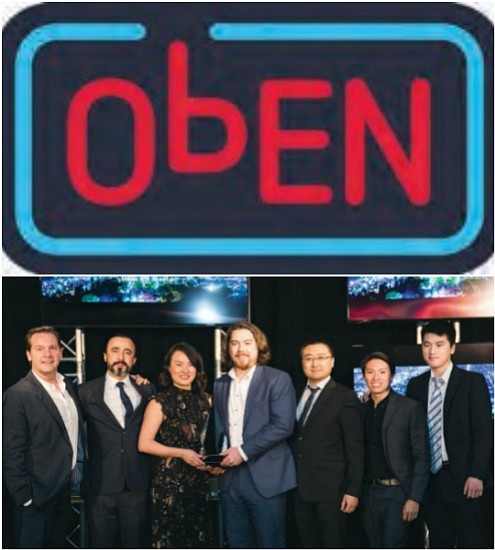 ObEN is the first to combine artificial intelligence technology in speech, computer vision and natural language processing to create a complete virtual human that looks, talks and behaves like its human counterpart. Your Personal AI becomes someone’s virtual identity and is powered by artificial intelligence and is always improving and learning new things and skills.

Entertainment and how we consume content has evolved over the past century as technology has evolved. We started with traditional media such as television, radio, newspapers, magazines, books and film. The introduction of the internet and mobile phone culture shifted content consumption to platforms such as Facebook, Youtube, Twitter and Instagram. ObEN believes the future and the next evolution of entertainment will be artificial intelligience-based media and AI-driven experiences and content – an area that doesn’t exist today, but that ObEN is pioneering.

ObEN’s technology and AI platform not only enhances but grows the entertainment industry by creating and enabling never before possible experiences. It reimagines the celebrity-fan relationship and enables celebrities to be in millions of places at one time, creating tailored personalized experiences for their fans. ObEN’s AI technology is a plug-and-play solution that requires minimal time and effort from the celebrity while giving them control over their AI. The ease of use to build an avatar for both celebrity and fan, makes this technology accessible to everyone.

Additionally, ObEN’s technology and products will be launched in a variety of global markets including China, Korea, India, and the US. Since ObEN’s speech technology works across language, it enables a celebrity’s AI to speak in a variety of languages, even if its human counterpart cannot. Thus, next time Tom Cruise releases a Mission Impossible movie, instead of finding a Chinese dubbing actor, fans can now enjoy the movie in Tom Cruise’s voice, but in Chinese. The possibilities are infinite.