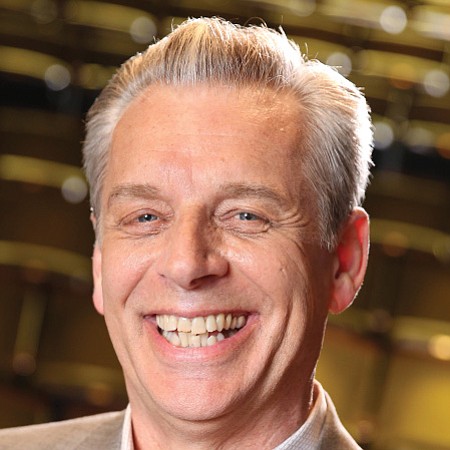 Michael Ritchie is artistic director of Center Theatre Group, one of the largest and most active theater companies in the nation, presenting award-winning theater at the Ahmanson Theatre, Mark Taper Forum, and Kirk Douglas Theatre in Culver City. Ritchie took over the nonprofit theater in 2004 from founding Artistic Director Gordon Davidson. In his more than 12 seasons, Ritchie has produced more than 40 world premieres and five American premieres. Ritchie previously oversaw the Williamstown Theatre Festival in Massachusetts and got his start in theater in New York.