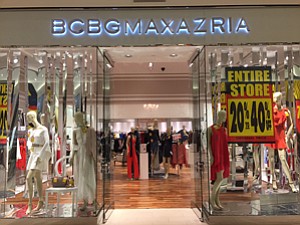 Bankrupt clothing company BCBG Max Azria Group is laying off 492 employees at its corporate headquarters in Vernon as the company winds down, according to a notice filed with the state’s Employment Development Department.

BCBG said in a letter dated July 7 that the layoffs would be effective Sept. 5. The positions listed in the layoff notice include corporate and manufacturing employees, but not retail workers.

The company’s intellectual property and some other assets were acquired last month by two brand licensing companies for a combined $129 million, while another $36 million in assets were also to be sold off. A BCBG spokeswoman said in July that the retailer planned to close its headquarters and that its new owners planned to offer jobs to a majority of BCBG’s corporate employees.

The company previously notified the state in March that it was laying off 116 employees, effective May 11. It declared bankruptcy in February.