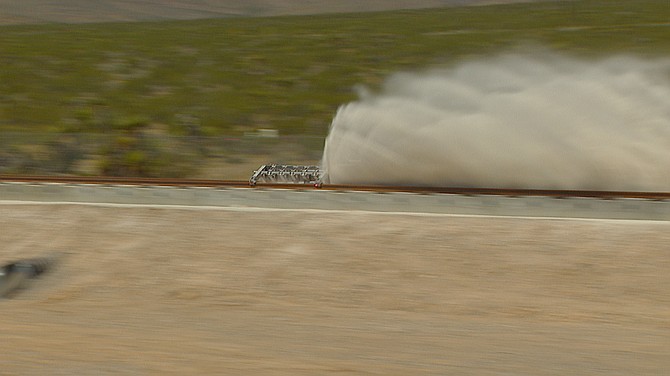 Hyperloop One announced today along with research partners FS Links and KPMG that its proposed Nordic Hyperloop system would enable people and freight to travel between Stockholm, Sweden and Helsinki, Finland in just 28 minutes.

The 300-mile trip, currently a 3.5 hour flight or overnight ferry could be optimized for Hyperloop travel for $21 billion the report states. $3.3 billion of the prospective budget would be used to construct one of the world’s longest marine tunnels through the Baltic Sea, cutting through a chain of islands called the Aland Archipelago.

The report claims that the Helsinki-Stockholm Hyperloop will generate between $969 million and $1.1 billion in ticket sales annually with an annual ridership of at least 42.7 million people.

The report stated that the high costs of construction would likely be mitigated by the project’s wider economic benefits that would attract substantial funding from the governments of Sweden and Finland as well as the European Union. These benefits include a rise in property value and worker productivity facilitated by swifter travel.

These claims are substantiated in the report by direct reference to the Oresund Bridge, a project completed in 2000 that links Sweden and Denmark. Since its completion, the bridge has generated $8.5 billion in economic benefits through reduction of commute and travel costs alone. Immediately after the bridge’s opening, the volume of goods transported by rail between the two countries increased by 33 percent.

The study was produced by FS Links Ab, a research firm based in the Aland Islands. The company will now begin a full scoping study to present to shareholders needed to gain funding for the project, according to the report.

By December 2016 Hyperloop One hopes to have conducted a full-system test, with a pod traveling through a Hyperloop tube at 600 mph.