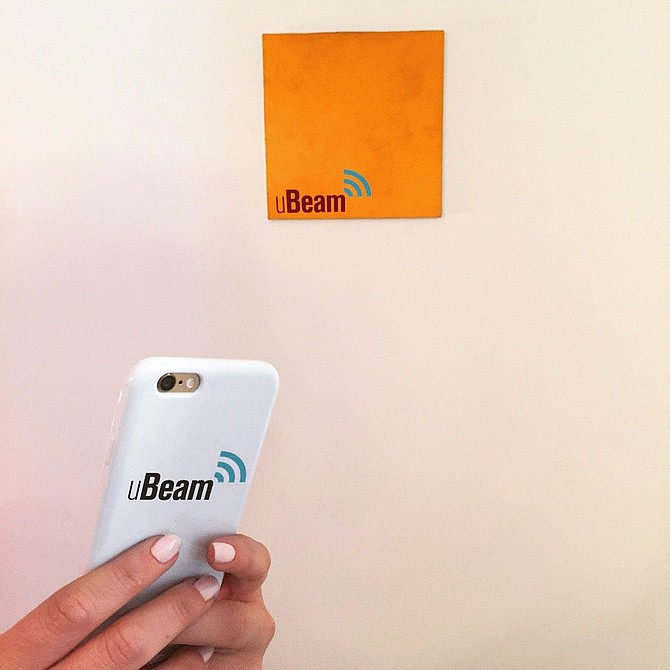 The information doesn’t address doubts about uBeam’s likely inefficiency, cost and infeasibility, say experts. Bolder claims, such as the ability to charge an electronic device through the air faster than a wire, also raised eyebrows.

UBeam has come under intense scrutiny in the past few days, after skepticism from ultrasound technology experts published in the Business Journal and IEEE Spectrum cast doubts about uBeam’s wireless charging claims.

In response to growing doubts, Perry has pointed out that experts say her idea is at a minimum not impossible. However, despite being rudimentarily possible – and indeed not novel – experts say they are doubtful uBeam would perform efficiently, practically or cheaply. For over four years uBeam has declined to demonstrate a working cellphone prototype.

Perry has previously declined to address skepticism in an interview with the Business Journal and did not respond immediately for a request to comment for this article.

“It is an interesting story in that someone who doesn’t have expertise goes out and creates something, but you’ve got to support it,” said Joseph Pompei, chief executive of Holosonics, a Watertown, Mass. company that uses ultrasound to beam audio advertisements. “Eventually people are going to say, ‘Let’s see it.’ But what was disclosed in TechCrunch that’s not it. It’s not enough.”

Those specs may confuse or impress non-experts. However, it isn’t enough to verify that uBeam operates efficiently or practically, said Pompei.

“It doesn’t show that they built it. It just says it’s designed to do this. They don’t say they’ve done it,” he said. “They are very careful with the language.”

UBeam went onto further claim that its technology can transfer energy through the air to a device comparably or faster than a wire.

“I find that hard to believe,” said Robin Cleveland, an Oxford University professor of engineering science and PhD in mechanical engineering. “It’s going to be very hard to put that sort of power to a cellphone through the air. Almost anywhere wireless tech is going, I find it very hard to compare against a direct copper wire connection.”

Moreover, even at uBeam’s minimum charging claim of 1.5 watts - a trickle charge for an iPhone - energy losses would likely be large, he said.

“It’s not going to be environmentally green because much of the energy will be lost in the air and not converted into power in the cellphone,” said Cleveland. “I just don’t think the numbers work.”

“It will be interesting if they ever open the kimono and let us have a look inside,” said Leonard Bond, a physicist and professor of aerospace engineering at Iowa State University. “It seems a very inefficient way to do it. Maybe they have some magic to do it.”

In order to hit a cellphone with an ultrasonic beam while it moves through a room, Perry told TechCrunch that uBeam is trying to build a device tracking and beam-focusing technology. That means an intense beam would only transmit when a clear line of sight is established.

But such a system would still have functionality problems, as well as complexity and cost issues, say experts.

“You’d have to align the transducer very much into the beam because if it’s not well-aligned you’re going to have problems. The bulk of the energy is going to reflect off the case,” said Bond, who was also once the editor of the journal “Ultrasonics” and is a board member on the International Congress of Ultrasonics. “They’re going to an awful lot of trouble to generate this 1.5 watts of electricity to charge a cellphone.”

Furthermore, if uBeam’s receiver is not perpendicular to the ultrasonic beam, additional energy would fall out of focus and be wasted, experts said. In the TechCrunch blog post, uBeam also acknowledged it could not transmit through cloth or human flesh, meaning it would have difficulty charging a cellphone in your pocket or in hand.

“Presumably, the receiver surface is on the back of the phone where your hand is, so that’s going to cover that up,” said Pompei.

In essence, it appears an uBeam-equipped cellphone could only receive a trickle charge while flipped face down in your hand or on a table. That might make the system less useful than a PowerMat or Qi near-field wireless charging system, which charge face up.

Pompei said he sympathizes with all the skepticism Perry and uBeam are receiving, as his own ultrasonic technology was once doubted by experts. Pompei said he answered those skeptics with a live demonstration and by submitting a paper on his technology to a peer-reviewed journal.

“I didn’t have to show the inner workings, but I demonstrated that it worked,” he said. “You have to do that. You can’t go on for years and make all sorts of claims and not back it up with a real demonstration.”