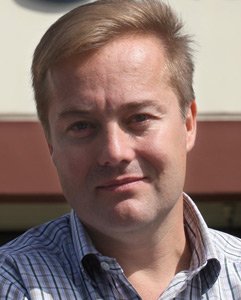 Jason Calacanis once thought he could out-Google Google. Turns out he couldn’t.

A longtime weakness of Google was the amount of spam or irrelevant links that its search engine turned up. So in 2007, Calacanis started a Santa Monica search company called Mahalo.com that was programmed by people instead of driven by algorithms. He hoped it would cut into Google’s market share by providing better results.

Instead, Google searches improved and Mahalo didn’t take off. So Calacanis is abandoning his so-called “human-powered” search model and repositioning Mahalo as a how-to website.

“You have to realize when the world doesn’t need your ideas,” he said. “I don’t know that human-powered search will be able to carry anybody as a stand-alone business.”

Calacanis announced last month that he was moving his Internet company in the new direction. He had been gearing up for the change for the last year, hiring video editors and adding content to the site.

Will the change in direction for Mahalo be a setback for Calacanis personally?

“Despite Jason’s outrageousness and eccentricities, he’s insightful about trends and the direction of the Internet,” Suster said.

“People told us pretty clearly that they didn’t care about our search results because they felt like Google was doing a good enough job,” he said. “But they liked the other stuff we were doing.”

At the time, a search on Mahalo pulled up not only website results, but links to a Mahalo-made page with information about the subject and a Q&A service. Company employees programmed what would appear in response to a search query, unlike Google, which lets a computer algorithm decide what results appear.

“When Mahalo launched, everyone was excited,” Drysdale said. “It was supposed to be the Google killer and have better-quality search results. We quickly realized that it wasn’t the case.”

Mike Grehan, global vice president of content for IncisiveMedia in New York, said human-powered search isn’t as reliable as Google searches partly because of the bias that a person brings to organizing searches.

“Would Mahalo have been a good competitor in search to Google? Absolutely not,” said Grehan, who oversees industry news website SearchEngineWatch.com. “The human-powered search engine was going to fail for a number of reasons, one of them being that when you put people in charge of things, they do things for their own benefit.”

So Mahalo has trashed its old model of articles with links, and is building a massive library of how-to videos and articles for its website. Now, someone looking for instruction on how to cook a turkey can read an article by Mahalo writers, watch a video or use the question-and-answer forums to ask for help from other Mahalo users. The website covers topics such as math, language, music and video games.

But is he a year late and a how-to short again?

There are already a number of Q&A and how-to websites on the Internet, including eHow, from Demand Media, which recently went public. But Jason Rapp, Mahalo’s president, said the company’s goal is to combine all of those services on one website.

“There are very good companies that are doing articles, video and Q&A,” he said. “We’re bringing those three together and targeting it toward education as opposed to general interest.”

Mahalo is financing its change in direction through online advertisements. All of the company’s videos are posted on its website and YouTube. Mahalo will get a cut of YouTube ad dollars based on viewership.

Calacanis would not disclose the company's revenue, but said the website has an audience of about 12 million visitors per month.

Now that executives have announced the company’s change in direction, they expect to ramp up business.

Calacanis estimates that his 105-person staff produces about 900 videos a week. Most videos are only a few minutes long.

He plans to hire an additional 100 employees and double Mahalo’s office space in the next year. The company also pays the freelancers who teach in the videos produced in Mahalo’s four studios.

Rapp said the company only hires people for the videos if they have an expertise in a specific field. For example, Mahalo’s math video instructor has a master’s degree in education; the guitarist who teaches Beatles songs is a music teacher who plays in a band.

Mahalo will need to prove the quality of the content, said IncisiveMedia’s Grehan. Today’s how-to websites, including eHow, a part of Santa Monica’s Demand Media, have been widely derided by critics who claim they churn out high volumes of low-quality content.

Calacanis said he’s trying to avoid becoming a content farm. In a presentation at the SignalLA digital marketing conference last week, he criticized Demand Media and Yahoo’s Associated Content for producing low-quality articles. He asked advertisers at the event to stop supporting them until their content improves.

But Grehan said Mahalo might have more in common with Demand and Yahoo than Calacanis believes.

“I think that what Mahalo is doing is close to a content farm,” he said.

Mahalo also steps into a crowded field when it comes to question-and-answer service. New York-based Answers.com has been in that game since 1998 and Yahoo Answers launched in 2005. Palo Alto startup Quora is generating buzz among the tech community for adding a social element to the Q&A space.

“It feels a little bit like a gold rush,” said Drysdale of Outspoken Media. “Everyone’s trying to get in on the game and there’s a lot of money at stake. We’ll see who’s able to really stick it out.”