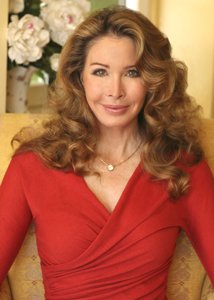 Leigh Brecheen was on the front lines of the year’s most high-profile entertainment contract dispute, between her client Conan O’Brien and NBC. “It was basically what I imagine being in a war to be like: incredibly tense and incredibly ferocious,” said Brecheen, adding that NBC was a particularly strong adversary. “It was a whole new level. Using the media as part of the battleground is something that I wasn’t familiar with. I felt an enormous injustice.”

After two weeks of negotiations, including some all-nighters, Brecheen and her team from Bloom Hergott Diemer Rosenthal & LaViolette LLP obtained $45 million from NBC as a settlement for the late-night funnyman’s departure from the network.

“It was really exhilarating and fun and brought out the best,” she said of the negotiations. “I feel incredibly good about the outcome.”

Brecheen found her way to entertainment law in 1983 while working at the downtown L.A. real estate practice of O’Melveny and Myers LLP.

“I very much wanted to be on the Westside, but there was no real estate department there,” she said, so she transferred to a job at O’Melveny’s entertainment law practice in Century City.

“There’s a great deal of similarity between real estate and entertainment,” she said. “In both you represent iconoclastic, entrepreneurial people.”

Brecheen had a very personal reason for wanting her office to be close to her Westside home.

“My horses were in the Palisades and I wanted to be near them on summer evenings,” said Brecheen, who has been a riding enthusiast since her childhood, which she spent on a ranch in southern Arizona.

She lives in Pacific Palisades with her husband, studio executive John Dallaverson, and sons, Griffin and Hunter. In her free time, she plays polo, and enjoys traveling to Italy and Argentina.