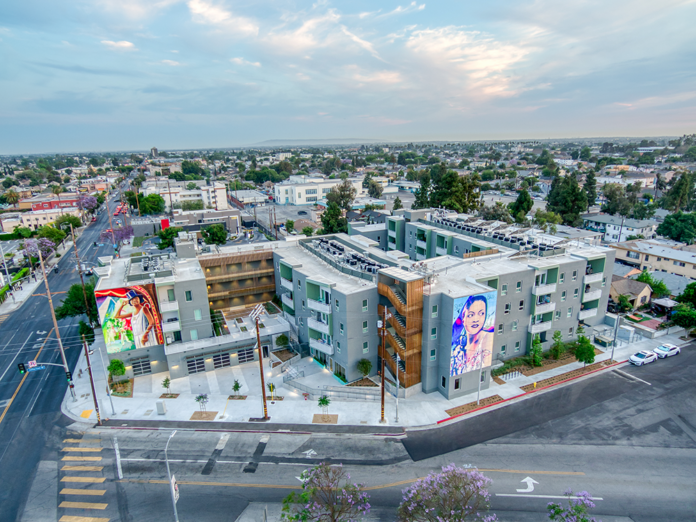 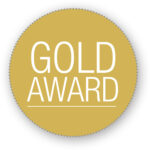 Florence Mills Apartments is a mixed-use affordable housing development for families located at the southwest corner of Central Avenue and Jefferson Boulevard in Los Angeles. Developed with Hollywood Community Housing Corporation (HCHC), the project also includes 5,000 square feet of commercial space along Central Avenue, and includes an open landscaped public plaza at this important corner in the community.

The residential complex is designed with a zig-zag plan to create many angles offering views to the street and creating a sense of openness that celebrates the corner site. The building has 74 affordable housing units: 13 one-bedroom, 37 two-bedroom, and 24 three-bedroom apartments. Each unit has a balcony and large windows allowing plenty of natural light. Site amenities include community and common areas, underground parking, four laundry rooms, and secure access to the building. The units are restricted to households at the low-, very low-, and extremely low-income levels. 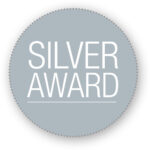 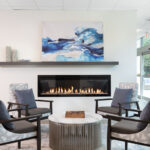 With a mission to preserve and revitalize aging affordable housing properties, Community Preservation Partners (CPP), in partnership with Jonathan Rose Companies, acquired Golden West Tower Apartments in 2020 for $74 million and invested more than $10 million in renovations to enhance the quality of life for its senior residents. Built in 1973, the 180-unit, 14-story property in Torrance was in a state of disrepair, having not received proper maintenance or upgrades since 2005. CPP provided meaningful upgrades to the building systems. 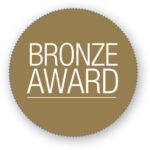 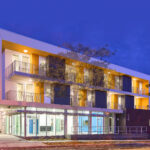 Greenway Meadows is a 39 unit (38 one bedroom units, one two-bedroom manager’s unit) urban infill, 100% deed restricted affordable senior housing project located on a 15,000 sf lot on a commercial street in Santa Monica that previously housed a one-story commercial building and surface parking lot. Although limited in height to three stories, the Type VA project achieves a density of 114 dwelling units per acre which was critical due to the high land costs in Santa Monica.