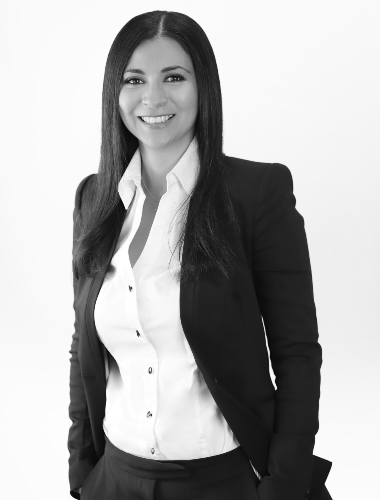 Larissa Calva-Ruiz is a key member of the Frankfurt Kurnit Entertainment Law Group based in Los Angeles. She is one of a very small community of Latina lawyers with expertise in entertainment finance. After working as corporate in house counsel in the biggest bread company in the world, Grupo Bimbo, Calva-Ruiz moved to the US in 2007 to earn her LL.M degree and join Sheppard Mullin Richter & Hampton. In 2015, Calva-Ruiz joined Akin Gump as a corporate lawyer working on cross-border transactions, and later on the business of entertainment.

Calva-Ruiz joined Frankfurt Kurnit in 2019, cementing her practice in entertainment finance, and expanding her practice into film and television production and distribution. In the past year, Calva-Ruiz has continued to work on high-profile entertainment industry projects. She was part of the team representing Sherborne Media Capital in its portion of a $135 million film financing for Roland Emmerich’s Moonfall.