Focus on Orthopedics and Sports Medicine: When Contact Sports Cause Concussion Injuries, Who Comes Out Ahead? 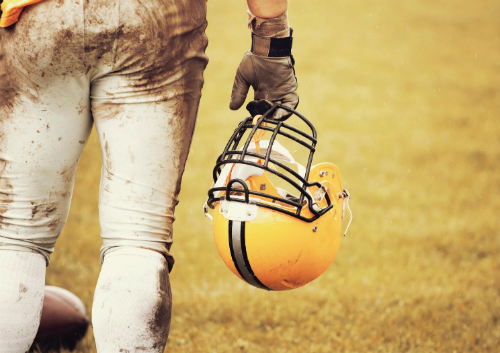 Concussions are common injuries among contact sport athletes. While most athletes experience full recovery within a few weeks and can return to their sport, according to a study published in the December issue of the Journal of the American Academy of Orthopaedic Surgeons, female athletes tend to experience a higher concussion injury rate than male athletes. Additionally, athletes who suffered a concussion injury prior to college were three times more likely to suffer a contact sport-related concussion than their collegiate peers without a history of the injury.

• the most commonly reported concussion symptoms include headache, impaired concentration, and dizziness;

• the risk of concussion was higher among females (23.3 percent) than males (17 percent) over the course of their collegiate career; and,

• the findings support prior research that indicate female contact sport athletes have a greater risk of concussion injuries than their male counterparts. The reasons for this difference are not clear, but awareness of this finding is an important step in taking these injuries into consideration.

“Concussion injuries in football, for instance, receive the lion’s share of media attention, but in our study female athletes were more likely to suffer a concussion injury,” said lead study author Cecilia Davis-Hayes, BA. “The greater the number of reported post-concussion symptoms, the greater the likelihood the athlete will have a prolonged recovery period and a longer to return to play than athletes reporting fewer symptoms. This was more prevalent among female compared to male contact sport athletes.”

“For the most part, a concussion is a concussion, regardless of the sport in which it happens. But each concussion is different in mechanism, symptoms and recovery even within a single individual,” said study co-author James M. Noble, MD, neurologist at NewYork-Presbyterian/ Columbia University Irving Medical Center and assistant professor of neurology at Columbia University Irving Medical Center. “Young men and women experience similar concussion symptoms and recovery periods. Our study also supports past findings that suggest women may be more likely to either experience or report poor sleep while men may be more likely to report poor memory immediately after the concussion.”

Team physicians, parents and coaches should:

• maintain a high index of suspicion for concussion injuries among female athletes;

• be aware that concussed athletes expressing a greater number or severity of symptoms are more likely to experience a prolonged recovery.

“While our study was not designed to explain why the latter occurred, one can reason that more symptomatic patients are experiencing a more severe injury requiring a longer recovery period,” said Davis-Hayes.

The co-authors intend to follow-up their multifaceted study on this group of collegiate athletes to identify subsequent risk of orthopaedic injury as well as subtle neuropsychological deficits among athletes who have had a concussion, and long-term outcomes following a contact sports career.