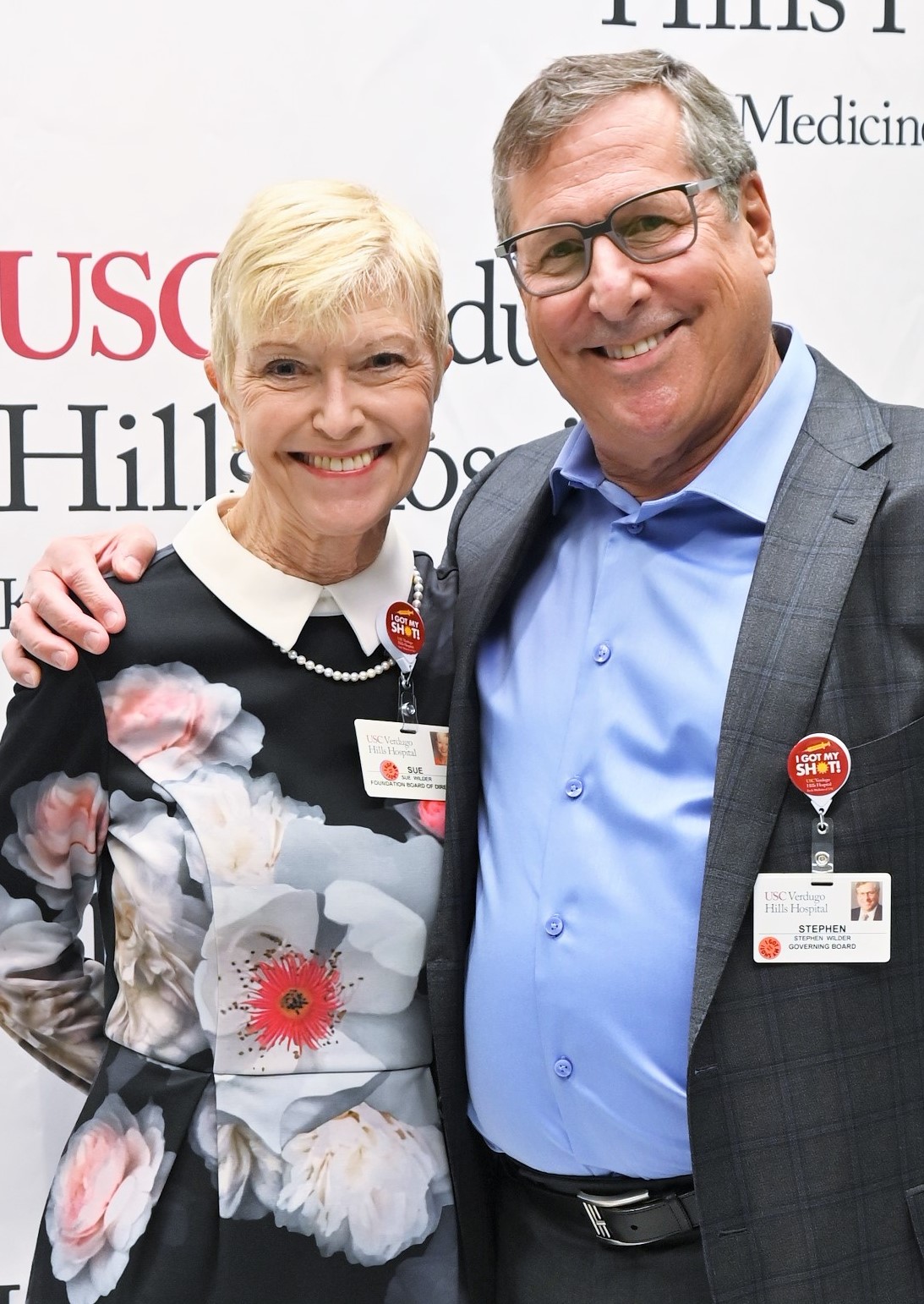 Steve and Sue Wilder have dedicated their time, talent and financial support of USC Verdugo Hills Hospital (USC-VHH) to ensure the availability of caring and quality health care for members of the Foothills communities for over two decades. Sue’s involvement began 22 years ago when her father was a patient at what was then known as Verdugo Hills Hospital. So grateful for the wonderful care he received, Sue began volunteering at the hospital by directing visitors and assisting patients. Her involvement has grown over the years. Sue served two terms as the chair of the hospital’s Foundation and currently serves as the chair of the hospital’s Community Advisory Board and its Healing Arts Committee.

Together Steve and Sue will also be chairing the hospital’s upcoming annual Golf Classic. Additionally, Steve has now logged almost fifteen years as a member of the hospital’s Governing Board. Both Sue and Steve were staunch supporters and advocate for the acquisition of Verdugo Hills Hospital by USC and Keck Medicine over eight years ago now as they knew how important that merger would be in enabling the hospital to remain viable.

In addition to their investments of time and talent, the Wilders have made considerable financial investments in the hospital. The Wilder Healing Garden was established in 2018 as a serene spot of healing and reflection – for patients, families and staff alike. And most recently, Sue and Steve have taken up the reins to co-chair the committee that will raise funds to help build a new $20 million Interventional Radiology/Cardiac Catheterization Lab at USC VHH.