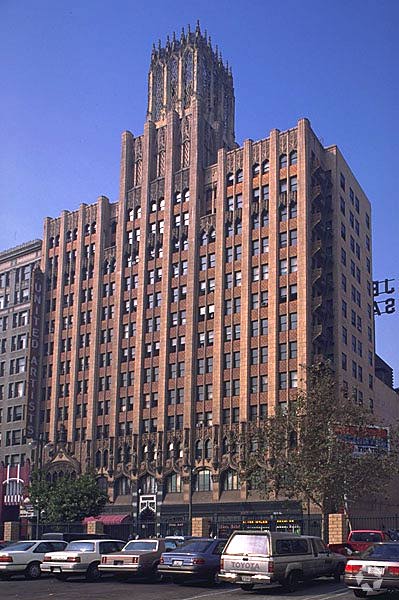 The Ace Hotel in downtown L.A.’s Broadway Theater District has been sold for $103 million to Chesapeake Lodging Trust. The Annapolis, Md., real estate investment trust entered into a new management agreement with Ace Hotel Group to continue to operate the hotel.

The 182-room hotel at 929 S. Broadway opened its doors to much fanfare in January 2014, and its rooftop bar quickly became a popular nightlife hangout. Owner Greenfield Partners put the property up for sale in December.

Douglas W. Vicari, executive vice president and chief financial officer at Chesapeake, said the firm thought the Ace was the right fit for the style of boutique hotel, and for the downtown L.A. market.

“We just think that it’s the right brand for the property,” he said. “We like the Ace name and we’ve seen it operate well in other cities.”

Vicari said the firm is making no changes to staff or management and that the day to day operations will remain the same under new ownership.

“We target top markets throughout the country, and Los Angeles is market that is on our radar,” Vicari said. “We like the office and residential development that is happening downtown.”

Built in 1927 as an ornate private theater for United Artists’ co-founders Charlie Chaplin, Douglas Fairbanks Jr., D.W. Griffith and Mary Pickford, the building underwent a two year comprehensive renovation and restoration before opening last year. In addition to the hotel, the property contains a 1,600-seat theater with a 2,300-square-foot grand lobby and approximately 1,600 square feet of meeting space. Four restaurants, including a rooftop bar and lounge, also operate at the building.