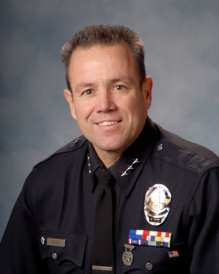 Moore, 57, was among the finalists back in 2009 when Beck was selected. A 36-year veteran of the LAPD, he is now first assistant chief of patrol operations. Twenty years ago, led the Rampart Division for several years, taking over the day after the arrest of one of its officers in a corruption scandal that eventually led to the LAPD being placed under a federal consent decree. He implemented many of the reforms that arose out of that scandal.

More recently, Moore has been the department’s point person in its effort to encourage officers to use nonlethal force when making arrests.

The Los Angeles Police Department is the second largest in the nation, with about 10,000 officers and a budget of $1.57 billion for the 2018-19 fiscal year starting July 1.