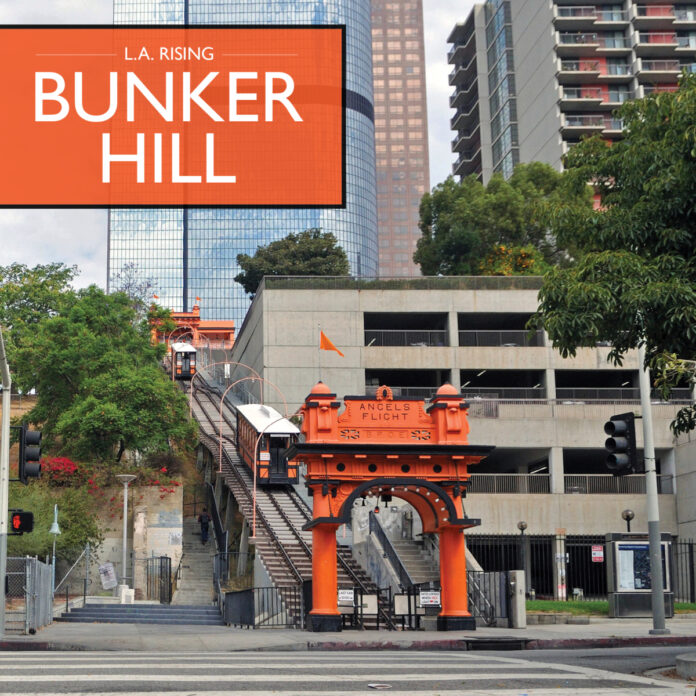 Bunker Hill has seen a transformation in recent years.

“We affectionately call it the uptown of downtown,” said Nick Griffin, executive director of the Downtown Center Business Improvement District.

In downtown Los Angeles, the historic neighborhood serves as a twin hub.
“Bunker Hill is known as the cultural center of downtown, with the Museum of Contemporary Art, The Broad and Walt Disney Concert Hall. It’s also known as the financial district, with Wells Fargo Center, Cal Plaza CalEdison, U.S. Bank Tower and Bank of America Plaza,” Griffin said.

According to the DCBID director, the significance of the Frank Gehry-designed Grand — a major mixed-use project that includes the Conrad Los Angeles hotel and a José Andrés-run food and beverage program — is that it really makes the case for the continued growth of the residential sector of that area.

The Grand, which is opposite the Gehry-created Walt Disney Concert Hall, officially opened in June.

“In some ways, the Grand is what makes the other ones possible,” Griffin said. “You have a significant amount of fine dining coming in along with the hotels.”

Brookfield opened Halo with a Shake Shack, Danny Boy’s Famous Pizza and Trejo’s Tacos last summer. At One California Plaza, the Watercourt reopened and is now known as the Yard. 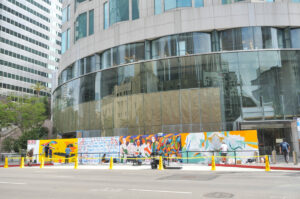 Description: New owner Silverstein Properties, which bought the 72-story building at the start of the pandemic from OUE for $430 million, is planning a $60 million renovation of the tower. The upgrades will include a revamped lobby, a 54th-floor community workspace and outdoor areas. 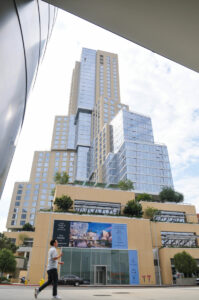 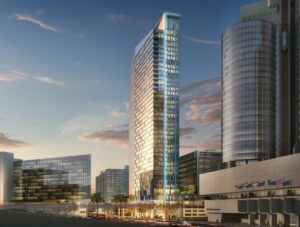 Description: The residential project will be 41 stories tall. Once completed it will have 570 condominiums and a pool and tennis courts. Jamison purchased the property in 2004 for more than $53 million. 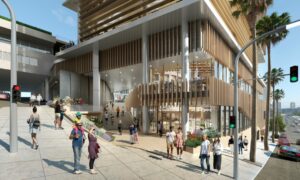 By The Numbers: Bunker Hill