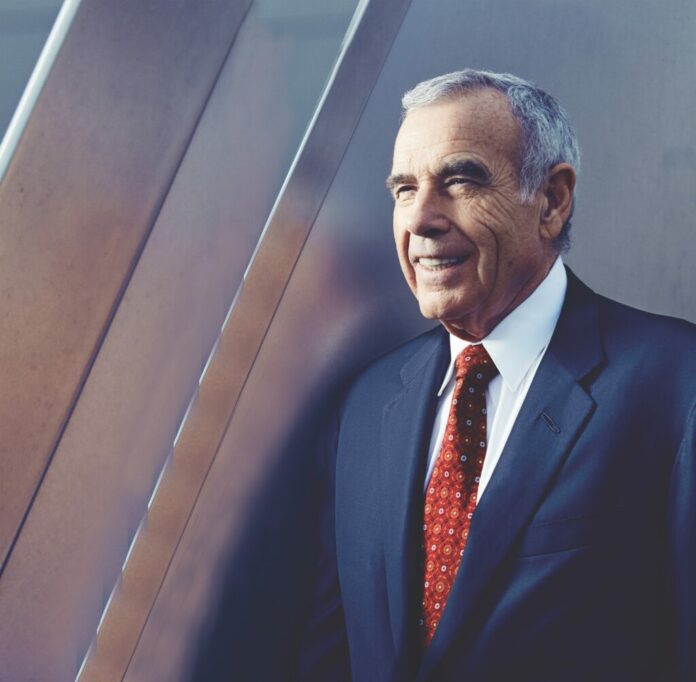 THE MONEY: Roski is the president and chairman of Majestic Realty, which was founded by his father in 1948. The company has since grown into one of the largest privately held industrial developers in the country, with a portfolio of more than 87 million square feet of industrial real estate nationwide. These investments continued to pay off handsomely for Roski, who has seen his wealth more than double within the last three years, according to the Business Journal’s estimates. This increase is also owed to Roski’s ownership stakes in the Los Angeles Lakers, which is now valued at around $5.5 billion as a franchise compared to last year’s $4.6 billion, according to Statista. He also owns a stake in the Sacramento Kings, valued at $2 billion in 2021, compared to the previous year’s $1.75 billion.

THE BUZZ: Over the past 12 months, Majestic Realty continued its nationwide expansion with the purchase of enormous industrial developments in Pennsylvania, Arizona and elsewhere. Majestic also owns significant amounts of real estate near its headquarters in City of Industry, including Crossroads Business Park, Fairway Business Center, Grand Crossing and Grand Crossing South. In 2018, Roski was awarded the Circle of Honor Award from the Congressional Medal of Honor Foundation. He was an officer in the Marine Corps, where he earned two Purple Hearts.