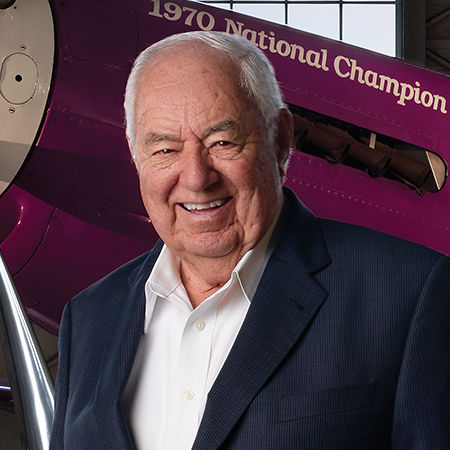 Lacy’ s career includes work as a test pilot and United Airlines captain. In 1968, he founded Clay Lacy Aviation at Van Nuys Airport as the first executive charter service in the western United States. In his career, Lacy has flown more than 300 aircraft types and accumulated more 50,000 flight hours. In 2010, he was inducted into the National Aviation Hall of Fame for his achievements as an air pioneer. Lacy also helped to develop the Astrovision camera system, which has been used in more than 2,800 film projects, including in the films “Cliffhanger,” “Armageddon” and “Top Gun.”