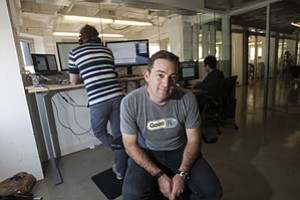 Mattel Inks Deal for Mobile Games Based on Its Characters

In a move to link more of its traditional toys to technology, El Segundo toy maker Mattel Inc. has struck a deal with Hong Kong mobile games developer Animoca to create games based on the toy company’s brands.

General Electric Co. has filed for an initial public offering of its North American retail finance business, which will operate under the name Synchrony Financial, the Wall Street Journal reports.

General Motors Co. today said that it would take a $300 million charge in its first quarter to cover costs related to recalls involving faulty ignition switches and other products, the Wall Street Journal reports. The auto maker also announced other recalls.

The Department of Justice announced Thursday it has charged eight people in Los Angeles with bilking Medicare out of about $66 million.

Fuhu gets its hands on the top spot of L.A.’s fastest growing private companies thanks to its kids’ tablets. 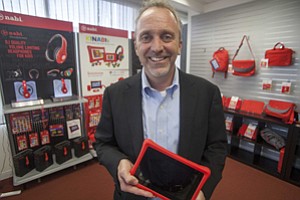 China's biggest carmaker said it was unlikely to agree to a rescue deal for MG Rover, as administrators battled on Monday to find a buyer for the UK firm.

Device Weighs in On Healthy Kids

Tablet maker Fuhu steps it up with fitness wrist bands that turn activity into play.

Tablet manufacturer Fuhu is making a play for the kids’ fitness market with its activity-tracking wrist bands. 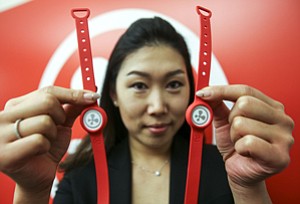 Pfizer Inc. today confirmed that it has made a renewed approach to AstraZeneca on a takeover bid valued at nearly $100 billion, the Wall Street Journal reports. Separately, Forest Laboratories has agreed to acquire Furiex Pharmaceuticals in a deal worth up to $1.33 billion.

A new retailing trend is hitting the streets of L.A. and drivers won't even have to leave their cars to experience it.

MG Rover Group succumbed to its mounting debts Friday and filed for bankruptcy protection after a deal with a Chinese automaker fell through and a government loan wasn't granted.

Drug giants Novartis and Glaxo today unveiled a series of transactions worth more than $20 billion that transforms both companies, the Wall Street Journal reports.

AT&T; has approached DirecTV about a possible acquisition of the El Segundo satellite-TV giant, sources tell the Wall Street Journal.

The fastest start on record for corporate takeovers is providing fuel for a stock market stuck in low gear, the Wall Street Journal reports.

Overdraft Fees at Banks Hit a High, Despite Curbs