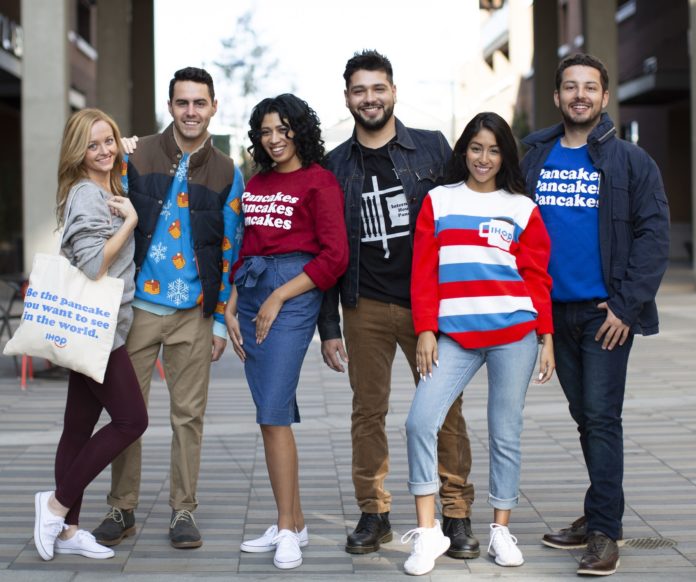 In its latest in a series of unconventional branding campaigns, IHOP has debuted an online store where pancake enthusiasts can shop for IHOP-themed clothing and accessories.

“There’s a universal, deeply rooted love for pancakes – and that was really the inspiration for a line of IHOP clothing and accessories that celebrate the best food ever,” Executive Director of Communications Stephanie Peterson said in a statement.

In July, IHOP temporarily “flipped” its name to IHOb as part of a promotion to introduce a new line of burgers. The restaurant also unveiled its own seasonal pumpkin-flavored beer dubbed IHOPS in September. Currently, it has menu items that tie into the film “The Grinch” from Universal Pictures in Universal City.

The campaigns appear to have been successful, as U.S. comparable store sales increased 1.2 percent last quarter.