TechStyle Cuts a Pattern of Success With Brands Like Fabletics 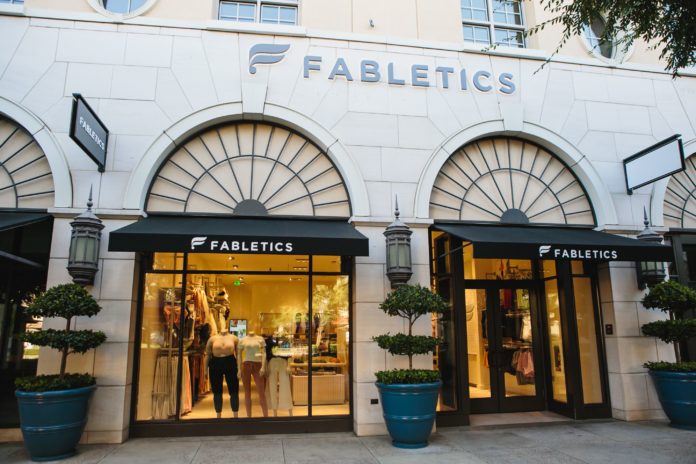 Fabletics made several moves during the pandemic that positioned the El-Segundo-based activewear brand for a retail expansion that will bring its store count to 74 this year, a 48% year-over-year increase.

“Our view was, retail will come back,” said Co-Chief Executive Adam Goldenberg. “During the heart of the pandemic, we signed leases and got the best location and best terms that we’ve ever seen.”

Fabletics, which Goldenberg co-founded with his friend Don Ressler and actress Kate Hudson in 2013, started out as an online-only, subscription-based business spun out of their company TechStyle Inc. doing business as TechStyle Fashion Group, which is also based in El Segundo.

Fabletics now has more than 2 million VIP members and generates about $650 million in annual revenue, according to Business Journal estimates.

The membership program costs $49.95 a month and provides merchandise credits and access to discounted pricing. Fabletics uses the program to gather consumer data and increase its accuracy with inventory management and garment design and sizing. The program also helps bolster consumer engagement — members shop for Fabletics gear three to four times more frequently than a regular retail or ecommerce consumer, according to Goldenberg.

The membership data guides the company’s decisions on new store locations, such as prioritizing premier malls that have a high density of VIP Fabletics customers within a 30-minute drive.

“My view is that, as a whole, the United States has too many malls and too much retail, but there are definitely those A+ destination shopping (centers) where you want to go with your family and friends on the weekend,” Goldenberg said. “There’s an entertainment value, and we think those locations will continue to do well. We’re opening up stores that hit both those criteria, and we’re finding it to be incredibly predictable in how these stores perform.”

Aside from opening new stores, other measures Fabletics management implemented during the pandemic included investing in a three-month training for its homebound store employees instead of laying them off or implementing furloughs, which made it easier to restart the operations during ongoing labor shortages nationwide.

It also didn’t back out of its manufacturing agreements — a move Goldenberg turned overseas factories into “good partners to us today,” as an influx of goods from overseas continues to put a strain on the supply chain.

“Now those things seem obvious, but they were pretty scary at the time,” he said. “I think it comes down to having a really great team and coming together.”

Goldenberg and Ressler founded TechStyle in 2010 as Just Fabulous Inc. and focused on selling apparel via its subscription-based business model. They acquired FabKids from Andy Moss and actress Christina Applegate in January 2013 and migrated the digitally native children’s apparel brand to its membership platform. In August of the same year, they picked up ShoeDazzle from founder Brian Lee, and two months later started Fabletics.

In 2016, they rebranded the company as TechStyle Fashion Group but kept the JustFab name for its women’s apparel business.

Two years later, Goldenberg and Ressler partnered with singer Robyn Rihanna Fenty, better known as Rihanna, to launch Savage x Fenty. The size-inclusive lingerie company in February raised $115 million in a round led by private equity firm L Catterton, which valued Savage X Fenty at about $1 billion. The funding will support an expansion into retail.

TechStyle underwent “a pretty significant sort of tax reorganization over the last handful of years,” according to Goldenberg.

JustFab, ShoeDazzle and FabKids are now combined under a Global Fashion Brands entity that is led by Chief Executive Laura Joukovski while Goldenberg and Ressler are in charge of Fabletics. The brand separation recently became physical when Fabletics moved to a new 110,000-square-foot space less than a mile from the headquarters Fabletics had shared with TechStyle, Savage x Fenty, and Global Fashion Brands.
Joukovski’s team includes about 200 employees who helped her group reach about $300 million in revenue last year.

JustFab, ShoeDazzle and FabKids are all sold online via the membership model that costs around $39.95 a month, and brand ambassadors promote merchandise. Past brand ambassadors include chef Ayesha Curry, model Aoki Lee Simmons and singer Tinashe.

“We’re just trying to bring the merch to life, to be able to show it through the perspective of a personality, to add an element of fun,” Joukovski said.

One of her brands, ShoeDazzle, struggled somewhat during the pandemic as a large number of consumers worked from home and curtailed their outings.

“From a category perspective, it was difficult to drive growth on fashion footwear during the quarantine,” she said, adding that the membership model helped ShoeDazzle “stay really close to our customers, and we saw a lot of good movement in terms of meeting the moment. We, for example, had not had much of a slipper business before, and that’s emerged as a category that people were interested in, shoes that you can wear around the house and walk the dog.”

All brands under the TechStyle umbrella have their own design and merchandising teams and outsource production to overseas manufacturers. They also share some back-office functions, such as fulfillment and customer care, which are provided by a subsidiary, TechStyleOS.

Fabletics has 650 corporate employees and another 1,000 who work in its stores, 800 of whom came on board this year. The brand is looking to hire another 400 to 500 workers in the United States next year as more stores come online. It will also continue to add complementary product categories and expand its Fabletics Men division, which launched in April 2020 and “has exceeded all expectations,”  according to Goldenberg.

“I feel like we’re still in the very early innings of this brand,” he said. “What is great is the business is profitable. I think we’re in control of our own destiny there, and we’re going to continue to invest aggressively in growth.”

The growth path will likely include debut on the public markets in the near future.

Fabletics is aiming to raise around $500 million in an IPO offering, which would value the brand at more than $5 billion, the Wall Street Journal reported in July, citing “people familiar with the matter.”

Goldenberg said his team has been “pretty transparent” about making an eventual public market entry but that he “can’t confirm anything or talk about anything related to IPO timeline.”