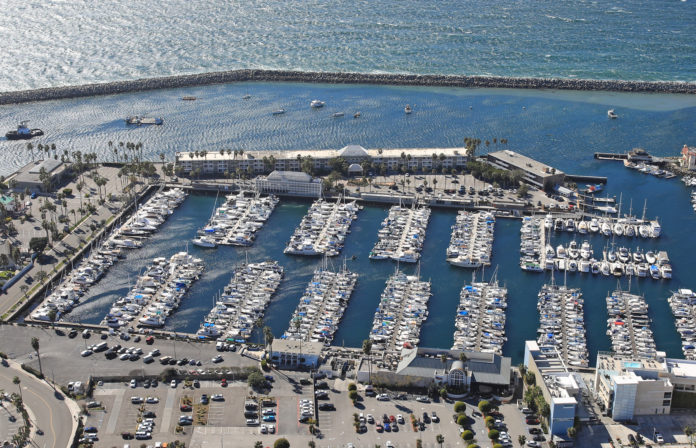 The Portofino Hotel & Marina, a 161-room hotel in Redondo Beach, has received a $38 million loan.

The five-year, floating rate loan replaces a maturing loan on the property.

“We were successful in getting the lender comfortable with the ramp-up of the property to pre-Covid levels as well as the short-term remaining on the ground lease,” Elliot Eichner, a principal of Sonnenblick-Eichner Co., said in a statement.

A building owner, meanwhile, gets a property in areas that are desirable and often hard to acquire, without having to pay for the land itself.

Ground leases are common in areas like Marina del Rey.
“While leasehold financing can present underwriting challenges, we were able to attract multiple institutional lenders who had an interest in providing this financing,” Patrick Brown, a principal of Sonnenblick-Eichner Co., said in a statement.

There’s been a flurry of loans announced for other properties in L.A.

The hotel is owned by S3D Partners. Upon completion, it will have 64 guestrooms, a restaurant, a rooftop bar, a lounge and pool area and underground parking.

The property receiving the 10-year, interest-only loan is located at 1888 Rosecrans Ave.. It's a 78,540-square-foot building in Continental Park that is owned by El Segundo-based Continental Development Corp.

And a 122-unit multifamily building at 269 S. Mariposa Ave. in Koreatown received a $41.5 million mortgage loan. The floating-rate loan has an initial term of three years which can be extended for two additional years.