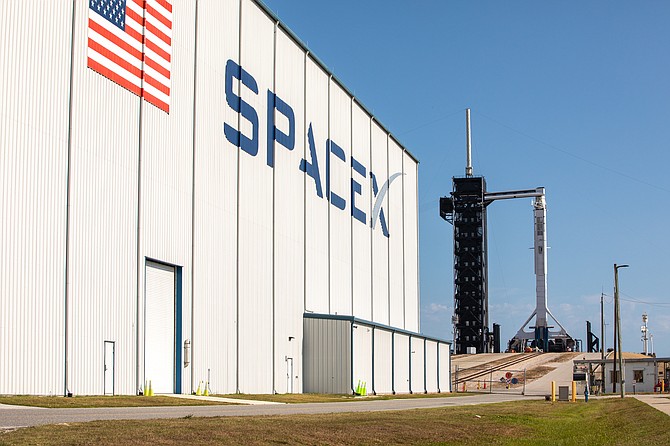 A SpaceX Falcon 9 rocket, with the Crew Dragon atop, stands poised for launch at historic Launch Complex 39A at NASA’s Kennedy Space Center in Florida on May 21, 2020, ahead of NASA’s SpaceX Demo-2 mission. The rocket and spacecraft will carry NASA astronauts Robert Behnken and Douglas Hurley to the International Space Station as part of the agency’s Commercial Crew Program, returning human spaceflight capability to the U.S. after nearly a decade. This will be SpaceX’s final flight test, paving the way for NASA to certify the crew transportation system for regular, crewed flights to the orbiting laboratory. Launch is slated for 4:33 p.m. EDT on Wednesday, May 27.