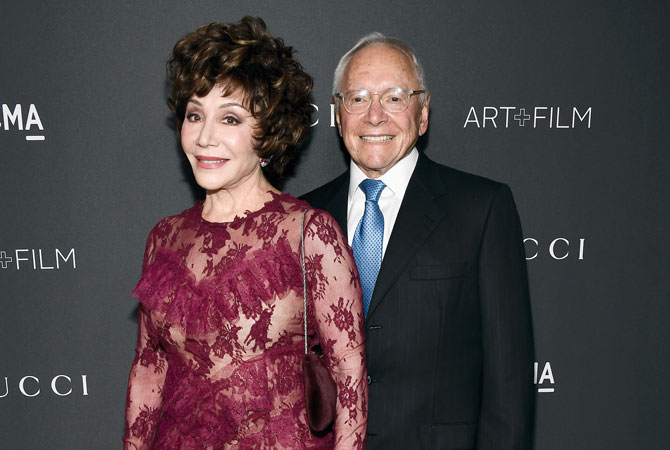 THE MONEY: The bulk of the couple’s fortune comes from the prime pistachio, almond, and citrus farmland they own, primarily in California, through agribusiness conglomerate Wonderful Co. The rest comes from the company’s product sales. In addition to Wonderful Almonds and Pistachios, its brands include Fiji Water, POM Wonderful pomegranates, flower delivery service Teleflora, and Halos mandarins.

The company’s strength is its marketing, which creates demand for its products and allows Wonderful to charge premium prices.

THE BUZZ: The Resnicks’ access to ground water for Wonderful’s crops during the drought prompted two investigative pieces of journalism over the past year: a profile published by Mother Jones magazine in August and a documentary by Marina Zenovich, “Water and Power: A California Heist,” released by National Geographic in January. Both pieces look at the couple’s majority ownership of the Kern Water Bank, one of the state’s largest underground reservoirs. The company took a hit when the Supreme Court declined in May to review the decision of a lower court that found POM Wonderful made misleading health claims in its marketing. The couple contributed more than $83 million in 2016, primarily centered around education work in California’s Central Valley, community infrastructure development, and health initiatives.

This entry has been edited to reflect the Resnick’s philanthropic efforts in 2016.