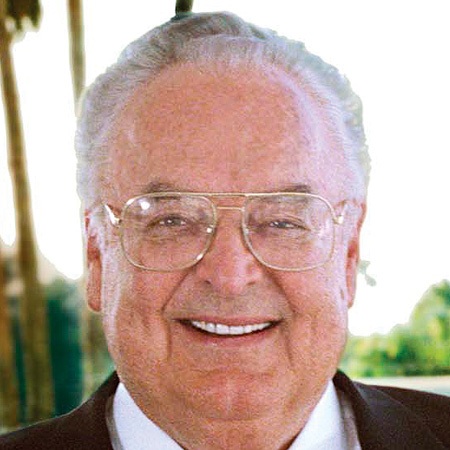 H.F. “Bert” Boeckmann II began his career selling automobiles at Galpin Ford in 1963, while a student at USC, and later became general manager, then president and chief executive, and eventually owner. Galpin Motors, based in the San Fernando Valley since 1946, is a world-renowned, award-winning automotive enterprise with 10 franchises, along with Galpin Auto Sports, a full in-house customizing and aftermarket center; Galpin Rentals; the Horseless Carriage Restaurant, America’s first full-service, in-dealership restaurant; and Galpin Starbucks. It sells more vehicles than any other Ford dealership in the world. Boeckmann has been honored for his leadership and philanthropic endeavors.