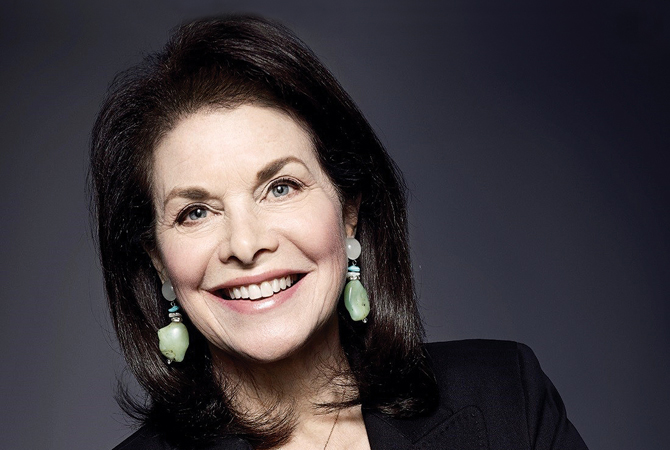 Sherry Lansing has been involved in the production, marketing, and distribution of more than 200 films, including Academy Award winners “Forrest Gump” (1994), “Braveheart” (1995), and “Titanic” (1997). In 1980, she became the first woman to head a major film studio when she was appointed president of 20th Century Fox. In 1992, she was named chairwoman and chief executive of Paramount Pictures. She held that post until 2005, when she formed the nonprofit Sherry Lansing Foundation, which is dedicated to cancer research, health, public education, and encore career opportunities. She serves on the UC Board of Regents and is a trustee of Big Brothers Big Sisters of Greater Los Angeles.

Enjoy most: Giving back to others.

Toughest challenge: Learning to relax and take time off.

Proudest moment: It is yet to come.

Best advice: Enjoy the process; do the work; there are no shortcuts; accept responsibility; develop your own style; don’t be afraid to fail.

Most excited: Cancer research, especially in the area of immunotherapy.

Fun fact: I love to travel incognito – wearing a baseball cap and no makeup. I am addicted to nonfat frozen yogurt.

Beverage: Iced tea or a margarita.

Hobby/passion: Downloading movies and TV shows on my iPad.