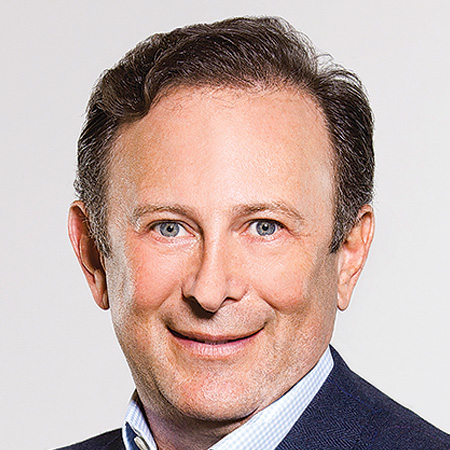 Jon F. Vein co-founded and served as chief executive of MarketShare, a big data marketing analytics and software company acquired in December 2015 by Neustar. In December 2016, after the successful integration, Vein moved on from the company to pursue other endeavors in the public and private sectors. Prior to MarketShare, Vein was chief operating officer of Michael Ovitz’s AMG and APG, a talent management and motion picture production company, respectively, and was chief operating officer of Film Roman. Vein started his entertainment career as a founding partner of entertainment law firm Dern & Vein. Vein is a member of the Young Presidents’ Organization Gold Los Angeles Chapter. He serves on the board of the Los Angeles Convention Center and Tourism Development Commissioners as well as the boards of the Center for American Progress and California Science Center.

Enjoy most: Helping to create jobs and giving back to society through civic, political, and philanthropic engagement.

Toughest challenge: Building a company from an idea through selling the company in 2015.

Proudest moment: The birth of my children.

Most excited: The pace of technology innovation, when used for good, will help solve many of the ills around the world.

Best advice: Work hard, know what you don’t know, surround yourself with people who know more than you do, be innovative, and be nimble.

Fun fact: I invented and hold the patent for growing in vitro meat (growing beef, poultry, fish, etc., in a petri dish).

Bucket list: Holding public office in a capacity to improve the most people’s lives.

Favorite destination: Some place I have not yet experienced.