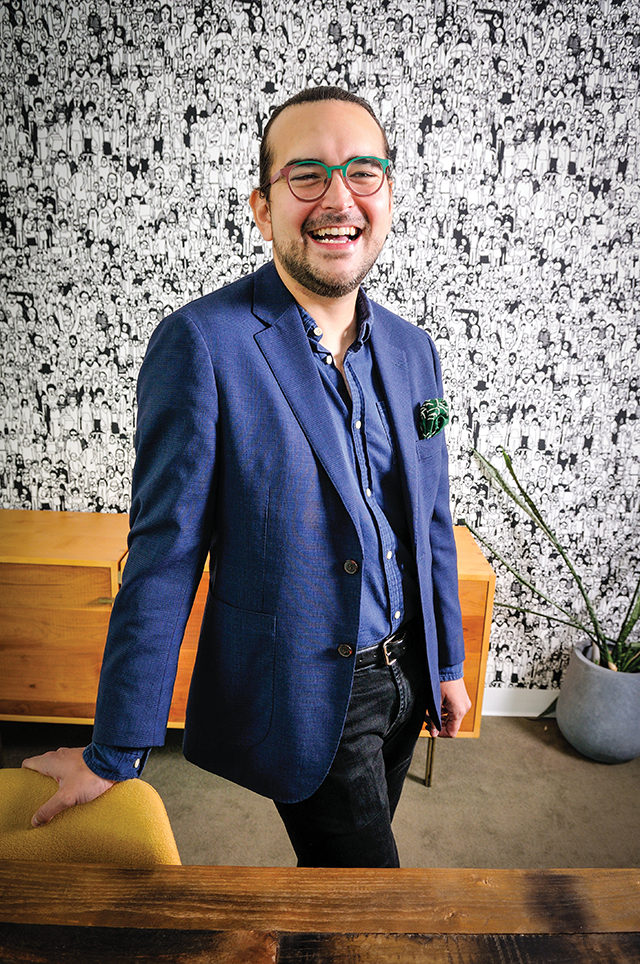 Jaime Davila, president of Latinx-focused Campanario Entertainment, said the company isn’t here to criticize Hollywood for its comparative lack of Latinx entertainment. Rather, he wants to roll out the red carpet.

“L.A. is an interesting city. It’s over 50% Latinx, but you don’t really see that representation in media and entertainment,” Davila said during a recent Business Journal visit to Campanario’s Fairfax offices, which are sandwiched between the Television City lot and the Original Farmers Market.

“It’s not deliberate. Every business is relationship-based, and Latinos are going into this market for the first time.”

Davila, a native of McAllen, Texas, said L.A.’s Latinx population has long been associated more with working-class jobs than with Hollywood movies and television. But in today’s diversifying media landscape, he said, “We are able to enter the workforce in a way that shows how amazing and talented and incredible we are.”

Davila is proud to point out Campanario’s recent production deals with major studios and networks, including its involvement with Bravo’s “Mexican Dynasties,” set in the world of the wealthy in Mexico City, and the upcoming “Selena: The Series” for Netflix. The goal, he said, is to create “universal stories with Latinx specificity and appeal.”

While the doors are opening for Campanario, Davila added that the mission has become more urgent in today’s socio-political climate. “I’m excited to keep going forward and fighting the fight and making sure what happened in El Paso doesn’t happen again.”

Campanario wants the company’s productions to reflect the diversity of the Latinx population. He said the company’s compact, colorful, art-filled space reflects a similar taste for the eclectic.

It helps to be married to an artist. One wall of the office is mostly devoted to the work of his wife, Melinda Davila.

“I’ve always loved design. I’ve always loved architects and artists,” Davila said. “I think that’s one of the reasons my wife and I fell in love. When we travel, we go to museums and galleries.”

His quest for an artistic edge is reflected in the way he dresses, as well. Chili pepper socks, a pocket square reminiscent of traditional Mexican Otomi patterns and two-tone spectacles from See Eyewear add distinctive detail.

“I guess it would have been called hipster. When I was in college, people said I was a hipster,” he said, sounding both amused and a little embarrassed by the moniker.

Added Davila, “At the end of the day, I’m a very detail-oriented person. It’s not much work to try something, and I think that’s what makes our office different — we put an effort in. I think that’s my core. Things can be utilitarian, but things can also be beautiful.”