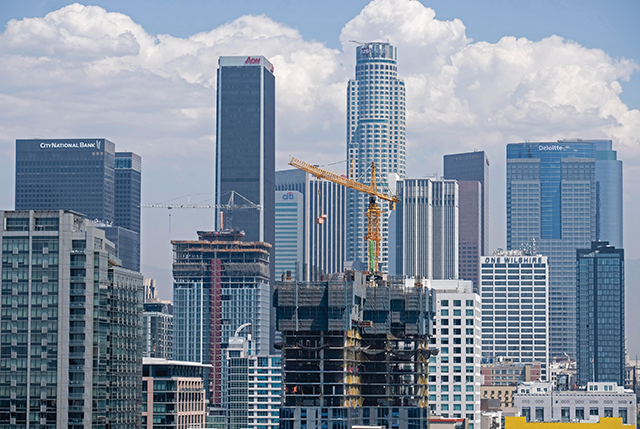 Los Angeles County’s largest employers grew their payrolls modestly over the past year with health care companies helping to lead the way.

The Business Journal’s annual survey of the county’s 75 largest employers — 50 in the private sector and 25 in the public sector — found cumulative job growth rates of around 1% over the past year, slightly less than the countywide job growth rates reported in state data.

It’s not surprising that these large employers have slower paces for hiring than the overall L.A. County marketplace, according to Christopher Thornberg, founding partner and economist with Westchester-based Beacon Economics.

“When you look at giant companies like this, you’re looking at a certain type of employer,” namely one that is more cautious in hiring, Thornberg said.

“What you’re not seeing are the smaller dynamic companies in hot sectors of our economy right now,” he added, “most notably construction and technology.”

Another hot sector of the local economy was notable in the survey of large employers: health care. (See accompanying story, page 10.) Five of the top 15 job gainers and three of the top 10 were health care providers, both in numeric and percentage terms.

The local health care hiring spree was led by the Southern California division of Oakland-based Kaiser Permanente, the largest private sector employer on the list with more than 40,000 workers. Kaiser added more than 2,800 jobs to its payrolls for a growth rate of 7.6%, making it the fifth-highest percentage job gainer among employers on the list.

Coming in ahead of Kaiser were JPMorgan Chase & Co., which grew its workforce by 400, or 10%, and Conshohocken, Pa.-based Allied Universal, which added nearly 1,100 to its Los Angeles County payroll for a growth rate of 8.5%. (See page 11 for more on Allied Universal’s local growth.) Rounding out the top five gainers were Falls Church, Va.-based aerospace giant Northrop Grumman Corp., which grew its workforce at most of its L.A. County operations by a total of 1,400 for an 8.4% growth rate, and Torrance-based American Honda Motor Co. Inc., which added 184 employees for a growth rate of 8.2%.

Atlanta-based United Parcel Service Inc. posted the largest numeric and percentage drop in employees in Los Angeles County, shedding more than 1,100 jobs for a loss rate of nearly 12%. Calls to UPS seeking an explanation for the falloff in jobs were not returned.

In total number of employees, USC placed second behind Kaiser Permanente, with more than 21,700 employees. The university added roughly 650 employees for a growth rate of 3.1%. Northrop Grumman came in third with 18,000 employees.

In the public sector, Los Angeles County government dominated the list with nearly 112,000 employees, or more than 25% of the total employees among the top 25 government agencies. That’s up 1.8% from last year as relatively flush budget coffers allowed the county to accelerate its hiring.

Los Angeles World Airports was the fastest-growing major public sector employer, adding 168 employees to reach a total of 3,668 for a growth rate of 4.8%. The agency, which oversees Los Angeles International and Van Nuys airports, has been staffing up to handle LAX’s ongoing $14 billion makeover.

The city of Long Beach lost the most employees, shedding 466 jobs for a loss rate of 8.8%, in part because a number of budgeted positions had not