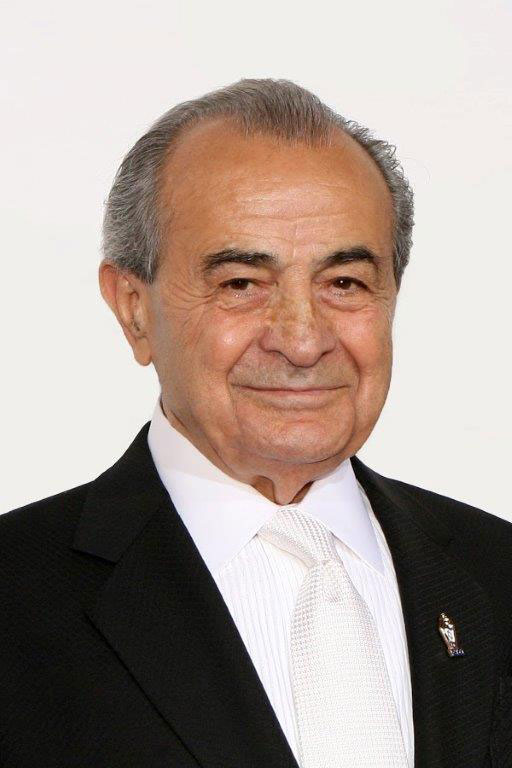 Izak Parviz Nazarian, co-founder of venture capital and real estate fund Omninet Capital of Beverly Hills and a former board member of Qualcomm, has died.

The Beverly Hills philanthropist and supporter of Israel died in Los Angeles on Aug. 23. He was 88.

The eldest among an Iranian-born family that has amassed great wealth in Los Angeles, he was a pillar among its Jewish-Persian community.

“He was very very kind – and a great great man,” said Soraya M. Nazarian, a cousin by marriage who worked with him at the American Friends of the Citizens Empowerment Center of Israel, which he founded. “But always humble; he never bragged about anything, and was very respectful of everyone. He loved to help people any way he could.”

He moved to Israel, where he fought during its War of Independence and served as a chauffeur for then-Foreign Minister Golda Meir. He then returned to Iran and launched a successful construction business. After the 1979 Iranian Revolution, he moved to the United States.

A consummate entrepreneur with no college degree, Nazarian soon delved into a string of local businesses.

In 1980, he and his younger brother, Younes Nazarian, bought Standard Tool & Die (Stadco), an aerospace tool manufacturer. He served as chairman.

In 1985, he co-founded Omninet, which initially tracked trucks by satellite between construction sites. A few years later, it joined forces with Qualcomm, a technology company of which he was a major shareholder.

At Omninet Capital, he was chairman and a managing partner alongside his son Benjamin Nazarian and his son-in law, Chief Executive Neil Kadisha, who clocked in at No. 36 on the Business Journal’s 2017 list of Wealthiest Angelenos with an estimated net worth of $1.89 billion. Omninet Capital manages more than $1 billion in assets.

As a philanthropist, Nazarian supported Sinai Temple in Westwood and the Nessah Educational and Cultural Center, a Beverly Hills synagogue serving Persian-Americans.

He major supporter of Israel and gave money to Tel Aviv University, where he was awarded an honorary doctorate.

He founded the Citizens’ Empowerment Center in Israel, a nonprofit dedicated to electoral reform.

A burial service is scheduled at 3 p.m. Aug. 25 at Eden Memorial Park in Mission Hills. A memorial service will be held on Aug. 30 at Sinai Temple.