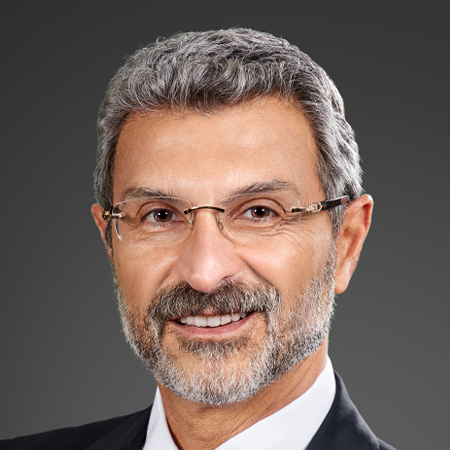 Emile Haddad is chairman and chief executive of Five Point Holdings, the largest developer of mixed-use communities in coastal California. The Aliso Viejo-based company owns and manages Newhall Ranch in Los Angeles County, the Great Park Neighborhoods currently under development in Irvine, and San Francisco Shipyard and Candlestick Point under development in San Francisco. Haddad, who received a civil engineering degree from the American University of Beirut, has more than 30 years of experience in development for companies, including homebuilder Lennar Corp. He is chairman of USC’s Lusk Center for Real Estate and a member of the USC Price Planning Program advisory board and Chapman University’s board of trustees. He also serves on the board of Spain-based AEDAS Homes. He received the Boy Scouts of America Construction Industry Good Scout Award, the UCI Center for Real Estate Lifetime Achievement Award, the American Diabetes Association Father of the Year Award and the Ellis Island Medal of Honor.

Proudest moment was taking FivePoint public and ringing the bell at the New York Stock Exchange in May 2017 with my wife and team 31 years after arriving in America from Lebanon and starting with nothing.

My hero is my wife. Her strength in dealing with very tough issues is inspiring.

I love everything about L.A. except for traffic. We need to focus more on housing and social equity.