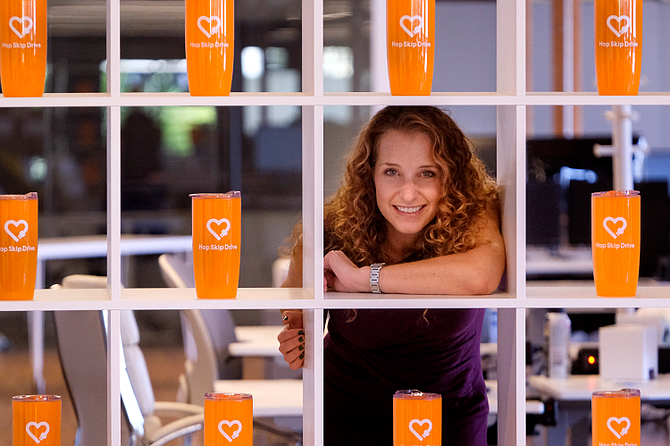 Joanna McFarland launched a ride-hailing app that parents can use to book rides for their kids.