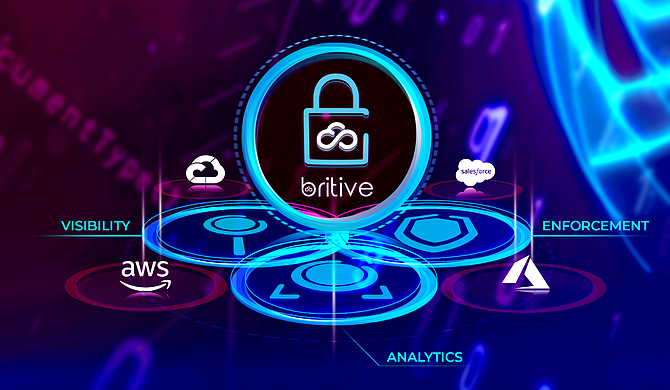 Britive's cloud security platform is focused on access management for software as a service platforms like Salesforce and workday.

Britive Inc., a Glendale-based cloud cybersecurity company, has raised $10 million in Series A funding to continue to develop its security software, forge partnerships with cloud service providers and double the size of its workforce.

Britive launched in 2018 and brought its first product to market the following year. The company raised a $5.4 million late seed round last summer, giving Britive a total $15.4 million raised, according to co-founder and Chief Executive Artyom Poghosyan.

Britive is one of several local cloud-security companies that have raised capital since the pandemic began. Open Raven Inc., a local cloud security startup focused on protecting data, also raised funds in the past year.

Britive said it differentiates itself through a focus on “dynamic permissions,” which protects information from being mishandled or getting into the wrong hands.

Although Britive and Open Raven provide cybersecurity for cloud-based applications, Poghosyan said their services are complementary rather than competitive.

“They control the data itself, and we control access to the data,” said Poghosyan, who said the two companies have no plans for a merger. “We are focused on cloud access and permissions. It’s a rapidly growing business.”

Britive aims to manage who is able to view and use sensitive areas or functions in a company’s cloud-based systems.

“It’s an emerging space that we compete in. We don’t see competitors in the classic sense,” said Poghosyan, who declined to disclose revenue.

He cited companies such as Newport Beach-based Obsidian Security Inc. and Sunnyvale-based CloudKnox Inc. “We all have different and unique approaches to solve problems,” Poghosyan said.

Poghosyan has had a long career in the software security space, working with big accounting firms Andersen Tax and Ernst & Young; Protiviti, a global consulting firm owned by Robert Half International Inc.; and Optiv Security Inc.