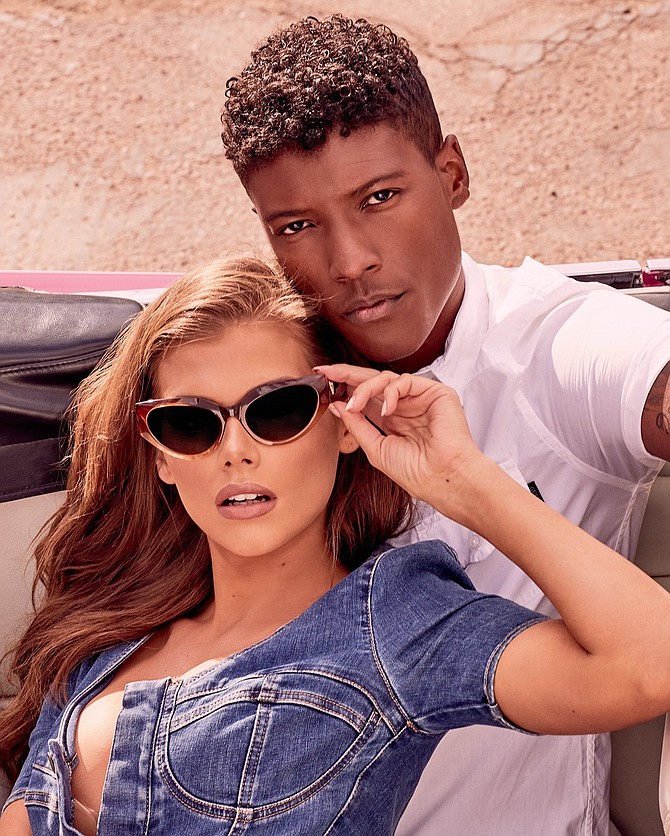 Guess branched into eyewear in 1991.

Guess Inc. has extended its eyewear licensing agreement with Italian company Marcolin until 2030.

The agreement, which was set to expire in 2025, covers the design, production, and worldwide distribution of sunglasses and eyeglasses under the Guess and Marciano brands.

“We are excited to continue our partnership with Marcolin as an important extension of the Guess family,” Chief Creative Officer Paul Marciano said in a statement. “With their continued focus on the (brand) as a leader in optical and sun, we look forward to great success and collaboration in the future.”

Marcolin picked up Guess’ licensing agreement via the 2013 acquisition of Viva International, which at the time was selling some 8.5 million frames under licenses from Gant by Michael Bastian, Candie’s, Harley-Davidson Inc., Rampage and Skechers USA Inc.

Guess, which Marciano and his brothers Georges, Armand and Maurice founded in 1981 as a jeans company, branched into eyewear with Viva in 1991 and has been renewing the licensing agreement since.

Royalties sales contributed $74 million to the downtown-based retailer’s net revenue of $1.9 billion in the 2021 fiscal year that ended Jan. 30.

Its other licensing agreements cover design and distribution of watches; handbags; footwear; kids’ and infants’ apparel and footwear, outerwear; fragrance; and jewelry.

The typical license agreement requires that the licensee pay Guess either a royalty based on a percentage of their net sales of licensed products or a guaranteed annual minimum royalty that typically increases over the term of the license agreement, whichever is greater.

Licensees are also required to make contributions to an advertising budget as a percentage of their sales. The contacts usually range from three to 10 years, and some, such as Marcolin’s, contain options to renew prior to expiration for an additional multiyear period, according to the company.