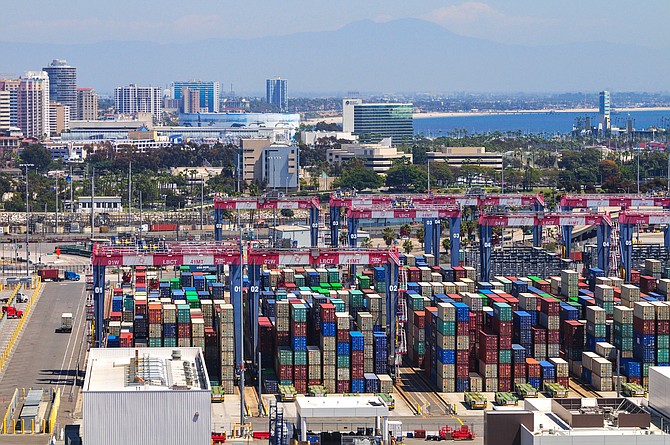 After a turbulent year that saw major fluctuations in cargo volume at the San Pedro Bay ports, both the Port of Los Angeles and the Port of Long Beach are prepping for what could be another record-setting year.

The Board of Harbor Commissioners for the Port of L.A. on June 3 approved a $1.7 billion budget for fiscal 2021/2022. The commissioners based the figure on the projection that the port’s dockworkers and terminal operators will move about 9.7 million twenty-foot equivalent units of cargo.

Their estimate appears realistic, considering the port just passed the 10 million TEUs milestone for the 12-month period that ends June 30 — a first for a Western Hemisphere port. 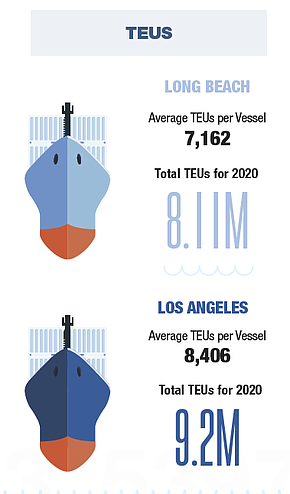 
“Stacked end to end, 10 million containers would circle the world one and a half times,” Los Angeles Board of Harbor Commissioners President Jaime Lee said in a statement. “It’s a lot of cargo to handle by any measure. We are deeply grateful to the longshore workers, truckers, terminal operators, shipping line partners and all of the stakeholders that have made this remarkable achievement possible, particularly in the face of an unprecedented pandemic.”

On May 24, the Long Beach Board of Harbor Commissioners set the annual budget for the Port of Long Beach at $622.4 million. Both annual budgets will be considered for adoption by the ports’ respective City Councils in the upcoming weeks. 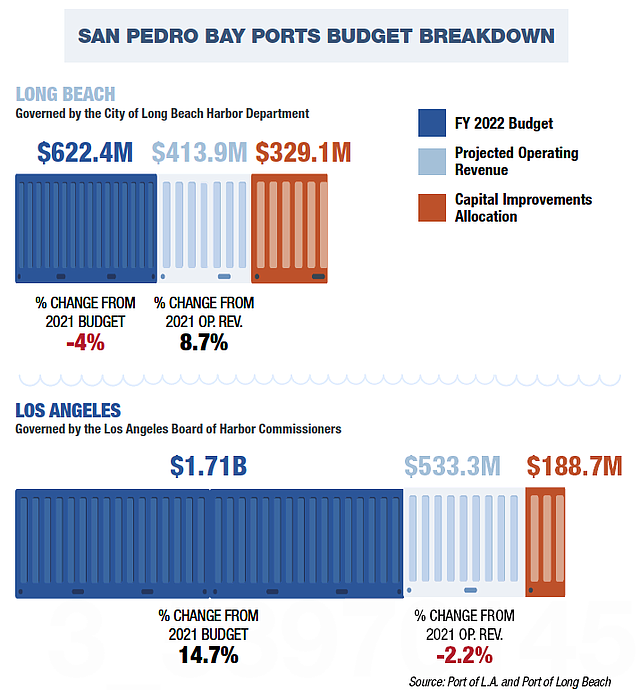 The Port of L.A.’s budget assumes $533.3 million in operating revenue for the next fiscal year that runs from July 1 through June 30, 2022. Shipping services are expected to account for 80% of the revenue while the rest will come from land and building rentals, oil royalties, and fees.

“This budget puts us in a solid position to keep operating expenses in check and manage through any market uncertainties, particularly if consumer demand shifts from goods to more services and activities as the economy opens up,” Port of L.A. Executive Director Gene Seroka said in a statement.

The port’s total operating budget, which supports its day-to-day operations, is set at $411.4 million. It includes $157.8 million to cover salaries and benefits for about 925 employees and $61.2 million for services provided by other city of Los Angeles departments such as fire, recreation and parks, and the Office of the City Attorney.

Another $214.4 million is earmarked for capital expenditures, such as modernizing the port’s container, cargo and cruise terminals, as well as enhancing public infrastructure at the nearby waterfront. 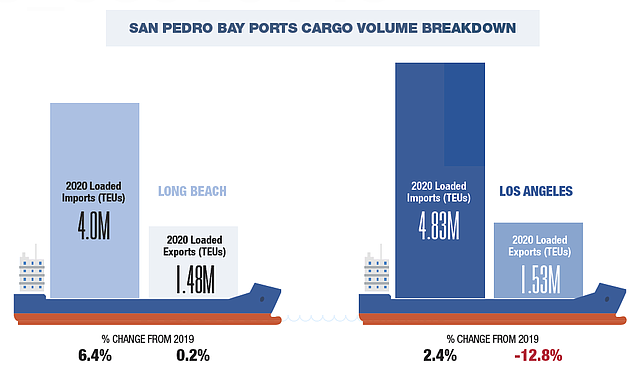 
The port allocated $64.7 million for terminal improvement projects, with $32.3 million to be used for upgrades and repairs at several liquid bulk facilities. That includes work at Shell Terminal, where crews are replacing a timber wharf with a concrete loading platform. Construction started last month and is set to be completed in early 2024.

The port also set aside $13 million for the Everport Container Terminal, which is undergoing major improvements to accommodate larger ships. Other terminal improvement expenditures include $7.2 million for APM Terminal corridor storage tracks expansion and $5.1 million for upgrades at Pasha Terminal.

Public access and environmental enhancement projects will receive $64.1 million in the next fiscal year. The ongoing development at the Wilmington Waterfront Promenade — construction of a public plaza, parking lot, landscaping and 1,200 feet of waterfront promenade — will receive $46.6 million, while $9.2 million will go to improvements at the San Pedro Public Market.

Other capital expenditures include $16.3 million for transportation-related projects, $37.5 million for maritime services and $6.1 million for security initiatives.

The annual budget approved by the Long Beach Board of Harbor Commissioners last month projects $413 million in operating revenue for the port’s next fiscal year that runs from Oct. 1 through Sept. 30, 2022.

The bulk of the monies, $395 million, will stem from shipping services, including $316 million from container terminals and $36 million from dry bulk terminals. Land and building rentals will add another $16 million.

The port’s operating budget will include $83 million to support benefits and salaries for 595 employees and five commissioners. Capital expenditures, meanwhile, will total about $329.1 million and will be used to modernize terminals, rail, bridges, waterways, roads and other infrastructure.

The Port of Long Beach has allocated $77 million for rail-related projects, including $54 million for construction of the Pier B on-dock rail support facility. The project will expand the Pier B Rail Yard from 10 tracks to 44, including five 10,000-foot arrival and departure tracks and 39 storage tracks.

The tracks will be used to stage trains before and after they are loaded and unloaded at the port’s on-dock rail yards at Piers A, E, G and J, thus improving reliability and efficiency at the marine terminals.

The project, which has a price tag of about $870 million, requires significant utility relocations, property acquisition and business relocations prior to constructing the rail improvements in 2023.

Terminal upgrades will be funded with $57 million, the bulk of which is allocated for Pier G Wharf Improvement Project, which calls for construction of approximately 240 feet of new wharf at the west end of Berth G236 and construction of new backland area adjacent to the new wharf.

The port is also nearing completion of the Middle Harbor Redevelopment, which combined Pier F and Pier E terminals into one modern, contiguous 304-acre terminal. When completed, it will have an annual capacity of 3.3 million TEUs and will be able to accommodate the largest container vessels.

The new Gerald Desmond Bridge opened to traffic in October, and the port will spend $53 million to demolish the old bridge. Another $49 million will go to security and safety projects, including a two-story fireboat station on Pier D that will house six firefighters when completed in 2023. 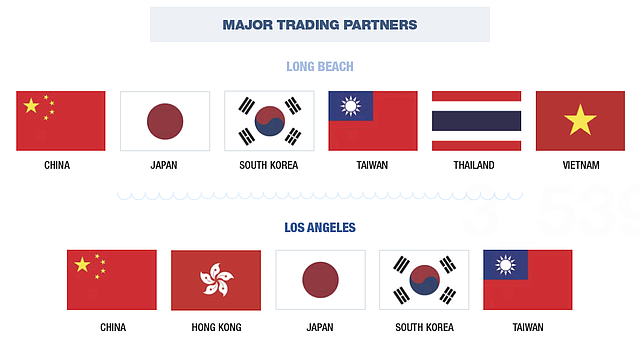 
“Although the Covid-19 pandemic tested our resolve, we remain focused on the future by investing in strategic projects that will improve cargo flow, reliability and efficiency,” Harbor Commission President Frank Colonna said in a statement. “As an international gateway for trade, the port is well positioned to endure economic challenges and assist in the nation’s economic recovery.”