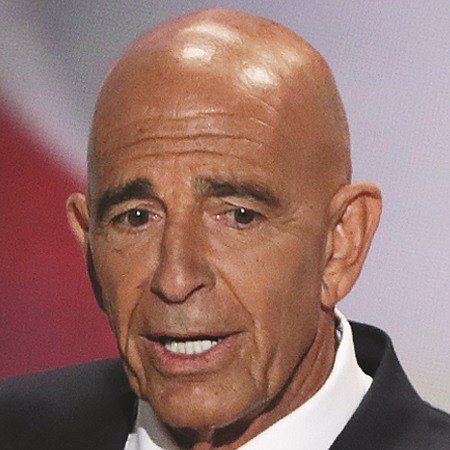 “The important thing for us to remember is three miles from here standing in the middle of New York Harbor is the Statue of Liberty ... My grandparents came here in 1896 and 1900 and from humble and simple beginnings they gave me the gift of all that America has to offer. That statue is made of steel with a patina of copper. We’re in the middle of a very heated moment and I can only tell you that the hardest steel is forged from the hottest fire,” said Barrack, whose grandparents immigrated to the United States from Lebanon.