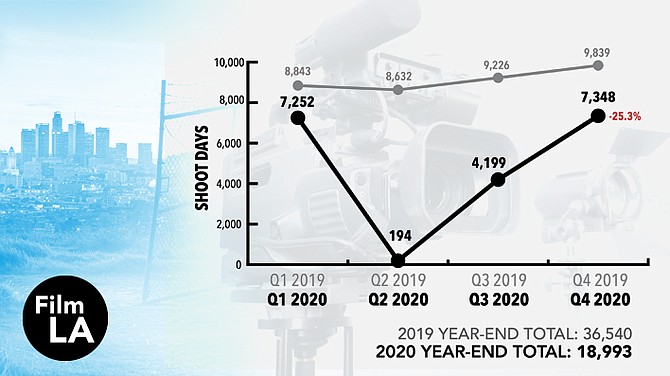 Filming activity for television, movies and commercials in Los Angeles cratered in 2020, hitting a record low as the coronavirus pandemic halted or delayed productions.

“The impact of Covid-19 on local film production and jobs cannot be overstated,” FilmLA President Paul Audley said in a statement. “With production paused for 87 days and the industry responsible and cautious in returning to work, total annual production fell to unprecedented lows.”

Recovery, however, could be “close at hand,” according to FilmLA, as shoot day levels for the fourth quarter of 2020 are similar to those from the pre-pandemic first quarter of 2020.