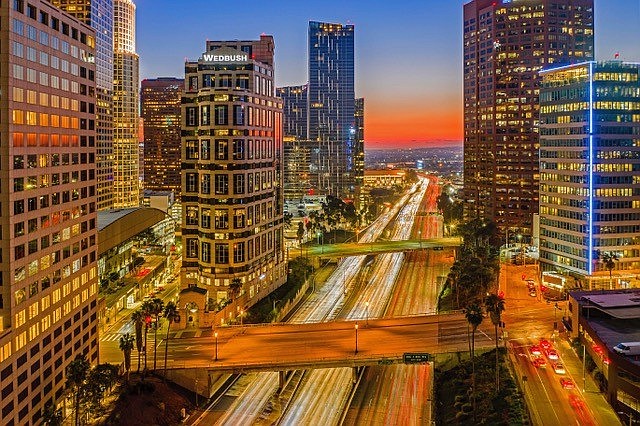 Private equity shops, alternative asset managers and other investment firms seem to be dividing into a world of Davids and Goliaths when it comes to investing in SPACs, or special purpose acquisition companies.

Many local PE firms and asset managers, including downtown-based Oaktree Capital Management and Century City-based Ares Management Corp., have jumped into the SPAC frenzy over the last year.

Others, however, have abstained. Firms such as Beverly Hills-based Platinum Equity and Santa Monica-based Clearlake Capital Group have stuck to their core business of traditional private equity deal-making.

Regardless of which side of the divide a firm falls on, there’s no denying the impact of the SPAC boom on the local private equity scene.

One influential banker who works with an institution that has a large presence in L.A. predicts a wave of hiring by firms to handle a possible flood of SPAC filings in a post-Covid economic recovery.

Gerard Hoberg, a professor of finance and business economics with USC’s Marshall School of Business and an expert in mergers and acquisitions and IPOs, agrees.

According to Hoberg, a tech boom in public equity markets has powered the growth of SPACs.

“It has created a situation that’s reminiscent of 1999, where you had this big tech boom. And what we know from back then is that 1999 was the year of the most IPOs ever. I don’t even think the SPAC count of this year matches the IPO count back then,” he said.

“What’s different now is this is 2021 and not 1999, and the fact that people have figured out that the SPAC model does really well. It’s not clear to me that there’s a bubble. It’s always the case that the market goes too far in these valuations.”

Investors feverishly pumped money into 856 initial public offerings in 1999, mostly into burgeoning internet stocks before they crashed to Earth. In the first three months of 2021, nearly 300 SPACs have raised almost $100 billion.

Despite the popularity of the instrument, some bankers are cautious.

David Cohen, who is co-founder, chief executive and chief investment officer of Brentwood-based Karlin Asset Management Inc., said his firm has invested in “five or six” SPACs over the past two years.

“We have also been approached multiple times about sponsoring our own SPAC. However, it feels very late in the SPAC cycle. We have our own private equity fund, called Highview Capital, and we’d certainly consider merging one of our platform companies into a SPAC if that made sense at some point,” Cohen said.

The SPAC activity in Los Angeles underscores the region’s position as a growing deal market, but it still trails New York and Northern California, according to observers.

Behemoths Ares and Oaktree have thrown their hats in the SPAC ring over the past year. Ares, with $197 billion in assets under management, sponsored Ares Acquisition Corp., a SPAC that closed its IPO at $1 billion in February.

Oaktree, with $148 billion in assets under management, has three SPACs in various stages of the pipeline.

In October, Oaktree closed on its first new SPAC company via a merger with Hims Inc., a San Francisco-based telehealth and mail-order wellness product service company. The combined entity was valued at roughly $1.6 billion.

Oaktree also closed on a SPAC that went public in September, raising $250 million, and in February filed to go public on another, seeking to raise $325 million.

“The SPAC market is becoming mature,” Dempsey said of the growing divide between big and small SPAC sponsors.

At the larger end of the SPAC space, according to Dempsey, are firms like Ares, Oaktree and New York-based alternative investment and private equity firms Blackstone Group Inc. and KKR & Co. Inc. — which have enough money to “take down any target in the world.”

On the other end, he said, are smaller “category specialists.” In the L.A. market, these players will chase after SPAC deals under $100 million.

Some firms have decided to sit out the SPAC surge.

Clearlake Capital hasn’t sponsored a SPAC. When asked why, its executives declined to comment.

Platinum Equity has largely steered clear of SPAC deal-making, though in February it sold Virginia-based PAE, a major supplier of services to the State Department, to Gores Holdings III Inc., a SPAC run by Alec Gores.

Gores is the founder of Beverly Hills-based The Gores Group, and the brother of Tom Gores, who heads Platinum.

The Gores Group, Wall Street’s SPAC darling, raised a combined $1.1 billion on three SPACs in March alone. Gores also closed the largest SPAC transaction to date with a business combination of Pontiac, Mich.-based United Wholesale Mortgage and Gores Holdings IV Inc. The January merger had a valuation of about $16 billion.

Gores has been on a roll since early 2019, raising proceeds of more than $5.1 billion by taking its hefty portfolio of SPACs public and arranging marriages with a broad range of businesses.

Platinum, which has more than $23 billion in assets under management, is one of the largest private equity firms in L.A. Tom Gores was unavailable for comment as to why Platinum has stayed on the SPAC sidelines.

Meanwhile, others in L.A. are making a splashy name for themselves with the vehicles.

The pace of SPACs going public in the past two years has been head-turning.

SPACs accounted for the majority of the U.S. initial public offerings market last year, with 248 SPACs raising more than $83.3 billion, according to Kristi Marvin, founder and chief executive of SPACInsider.

This year, SPACs are off to an explosive start, with data as of the end of March showing a little more than $97 billion raised in 297 IPOs by these blank check companies.

Overall, there are 251 SPACs in registration, 433 searching for a target and 118 announced and looking to close their combination, according to Marvin.

“If you asked me last year how many I’m tracking, it would have been 130,” Marvin said. “Now the number is 800. Everyone is contemplating a deal.”