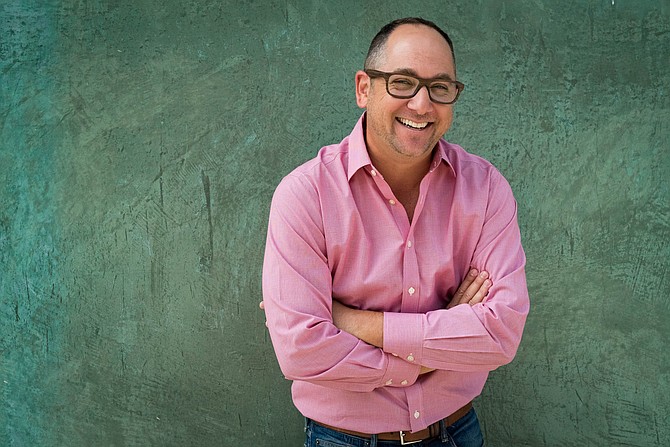 The funding helped Cloudbreak’s expansion into telemedicine services and allowed the company to capitalize on growth fueled by the Covid-19 pandemic.

“A lot of people refer to Covid as an accelerator for our business,” Edwards said. “I refer to it more as a stressor that forced acceleration because what Covid really did was expose all the things about our health care system, where inequalities exist.”

The deal will fold Cloudbreak into a family of digital health companies called UpHealth Holdings Inc., based in Delray Beach, Fla.

Edwards talked with the Business Journal about going the SPAC route and working with private equity versus venture capital.

When did discussions with GigCapital begin?
Our discussions began two years ago when we were approached by Chirinjeev Kathuria with this idea of building a digital health super company. He originally wanted to merge these businesses together, and we said, ‘Wow, that’s a great idea.’ I didn’t know we were ready to do that yet, so we asked him to come back to us after he pulled this whole thing together. Lo and behold, back in September, he told us about getting all of these companies committed with a SPAC partner, who is ready to do the deal.

What got you excited about the deal?

We saw how great the clay was to mold. Putting all of these companies together, we got very excited about the cross-selling opportunities and the opportunity to collaborate with other businesses because our clients were telling us they needed these types of services. So, for us this is the opportunity at Cloudbreak, not to exit, but to write the next chapter of our mission as part of a public company that has the means and wherewithal to help us grow and scale our business.

What was the deciding factor to move forward?

When we met with the GigCapital people. A lot of the SPACs in the market had a shorter-term kind of horizon. There are people interested in financial engineering and who are kind of interested in, you know, not being long-term holders of the stock.

What interested us about GigCapital was that they took a long-term perspective with us. They’re in the deal for the next three to five years, and they are operators, just like we are. They’re knocking on doors, so they understood what we were going through. They were going to lock arms with us to help us build the best public company that we could.

Any downside to SPACs?

One of the knocks on SPACs is that the early investors, or major investors, sometimes like to sell their warrants early on in the process, basically doing an arbitrage. They just cash out basically and take the money and run to the next one. It’s kind of like day-trading in some regards.

Is this what kept you away from doing a SPAC earlier?

Well, I don’t know that it would have kept us away from SPACs. I think that the stock market has changed dramatically over the course of the last year. You’re looking at a market that typically raised $1 billion to $2 billion a year for the last few years for SPACs, maybe a few $100 million in the years before that. And in the first two months of this year, SPACs raised $38 billion.

Are SPACs the better way to take a company public?

I think what people have realized with SPACs is that they are a legitimate way to get good companies public, and they can get them to take a look at the public markets where very few companies were considering public exits. This is because the IPO process didn’t give them a lot of control over pricing, and sometimes it didn’t give you the guidance that a SPAC team can give you in terms of ensuring what is a smooth transition to the public market.

Why did you select private equity funding for your business model instead of venture capital?

When we founded Cloudbreak in 2015, our first institutional financing round was a Series A round with Kayne Partners, the emerging growth equity arm. They funded $15 million into the business, and that was really the start of what was our broader growth story.

Then they funded two $5 million convertibles. So, they’re into the company for $25 million right now. They are still holding their warrants. That’s just part of their capital structure. They’ve got their Series A preferred, and then as part of the convertibles, there are warrants that are convertible. But they are holding it all when we go public — unlike venture capital investors.

Is anyone selling after going public?

Most of the time when you go public, you’re selling a large portion of the company to the public market. When you do it via a SPAC, about 92% of our equity is rolling over into the new entity. No one from the management team is selling. No one’s getting liquid here as part of this deal. We’re literally looking at it as the next chapter of our business and being able to grow our business, you know, under the new public company with appropriate resources to fund our growth.

How important was the private equity investment of $10 million by Columbia Partners back in January 2020?

It was right before Covid, so it was good timing for us. It was in January 2020, so they put capital into our business, and we are forever grateful for that. We’re very fortunate with our private equity and funding partners who have stood by our side as we’ve navigated things like Covid to get to where we are today, which is a business growing rapidly.

Why didn’t you tap venture capital to grow Cloudbreak?

When you take a look at SPACs, venture capital funds a company that is pre-revenue, and in five years, there are projections that it’s going to generate $500 million (in revenue). How do you validate that as a public company if you’re investing venture capital, especially as a late-stage company? By the way, it probably is appropriate for certain public investors to take on that risk. In our case, we happen to be profitable and are using this SPAC as a mechanism to write the next chapter of our story.

There’s probably a lot of different things that we could have considered, from just selling the business outright, to doing another growth equity round, or to potentially (taking) the business public. The SPAC route represented the most timely, efficient and transparent way, frankly, for us to achieve what we wanted to achieve, strategically.

Why did you go the private equity route?

Well, I mean we went with the private equity route originally because we were, in our view, beyond what a venture capital’s criteria was. We weren’t early stage VC. I mean, if you talk to our investors (Kayne and Columbia), at the time we were considered emerging growth equity. So, earlier stage companies that have traction and have their proof of concept are already growing and just need money to scale.

That’s not typically VC money, right? The VC money is typically about, you have an idea, I’m going to fund that idea. I’m going to get you to proof of concept and through it. The difference for us is our Series A round was much more of a growth equity round, and we skipped over the typical VC funding, which basically makes you kind of unique.

Is a bubble forming in the SPAC market?

I don’t view it like a bubble. I think it is a legitimate financing mechanism that is now coming of age. I think it’s also giving investors an opportunity to take a look at a new asset class that could potentially be attractive and give them great returns.

Do you see waning interest by private equity firms in SPACs?

I think there’s more private equity involved in it now than there was before. And, you know, I think what private equity funds are realizing is that these SPACs represent a great way to help get their portfolio companies public in a market where there’s always a typical kind of supply and demand imbalance for potential exits.

When is the transaction with the GigCapital II SPAC to be completed?

In mid-May. It could happen potentially sooner.

Will Cloudbreak’s headquarters remain in El Segundo, or is it moving?

No, Cloudbreak is going to remain at the corner of East Walnut Avenue and PCH (in El Segundo) with our sign on the building on the fifth floor.

Will you keep your 300 employees after the merger?