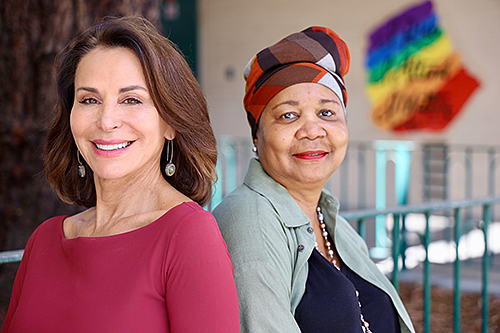 The announcement came as the COVID-19 pandemic has magnified structural, racial and economic inequities in Los Angeles – inequities City Year has been addressing for over a decade, but that are now more pronounced than ever as communities of color face staggering job loss rates, higher rates of COVID-19 infection and deaths, and disproportionate learning loss.

The two women, who previously served as members of the board, now lead the board to increase City Year’s impact as the organization’s work takes on new urgency. With studies indicating that learning loss from school closures could leave some students up to a year behind on academic gains, City Year’s tutoring and mentorship approach offers a lifeline to students. A recent study found that students who received support from City Year demonstrated improved social, emotional and academic outcomes, and that moving up just one level in social-emotional skills is equivalent to gaining an entire school year of growth in math or English.