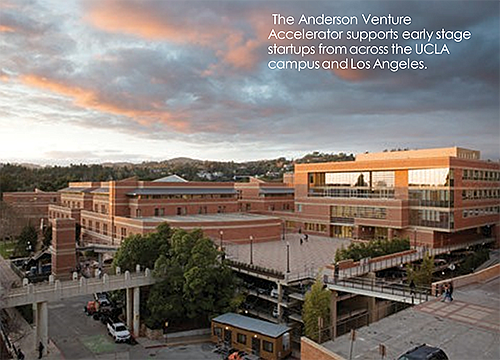 As Director of the Venture Accelerator at UCLA Anderson, I regularly see the ingenuity and energy that female entrepreneurs bring to startups. Yet funding for female-led ventures continues to be difficult.

Even as venture capital funding overall has soared in recent years, the numbers have not kept pace for female founders (according to PitchBook). Shockingly, startups founded solely by women garnered just 2.8 percent of venture capital invested in the United States last year.

We need to advance that percentage of funding to minority founders to 50 percent as soon as possible, and the Accelerator is doing its part. So is the Los Angeles Business Journal by holding this important Women’s Leadership Series & Awards 2020.

During my three decades in the private sector, I’ve seen many positive changes for women. In 1992, when I earned my MBA from the UCLA Anderson School of Management, the glass ceiling in male-dominated corporate America was still firmly in place. “Female entrepreneurs” were rare, indeed.

Today there are far fewer barriers to entry for women in startups, especially in the spectacularly diverse, fast-growing venture capital market known as Greater Los Angeles. The Boston Consulting Group (BCG) reported that L.A. has the potential to become the leading market for venture capital for tech enterprises. Given the region’s vast diversity, tech is just a piece of it. Think of the possibilities in health care, transportation, entertainment, food and beverage, fashion, and infrastructure.

And in the last five years, the focus on diversity and inclusion within the startup ecosystem has intensified as studies show that diverse founders are outperforming traditional all-male teams. A study two years ago by BCG and Mass Challenge, a U.S.-based global network of accelerators, showed that startups founded by women ultimately deliver higher revenue — more than twice as much per dollar invested — than do those founded by men, making women-owned companies’ better investments for financial backers.

Is it any wonder that women know a thing or two about catering to other women in fields that go beyond technology (the typical male-dominated, VC-funded enterprises) to encompass such realms as fashion, food, health care, and entertainment?

When I received my MBA, ambitious women had a few prescribed choices for career paths: investment banking, corporate finance, consulting and marketing. I went into marketing because that felt like the closest I could get to owning my own P&L and product. Now, more women have the ability to become entrepreneurs and define their lives to have both financial and family success.

UCLA Anderson has long been ahead of its time. For half a century, the school has taught entrepreneurship, with a focus on diversity and inclusion. Our Accelerator has taken that support to a new level.

Established in 2016, the Anderson Venture Accelerator provides a program, resources, professional connections including Anderson alumni as mentors, and office space for early stage startups to develop their ideas. The two annual programs offer an immersive experience and is open to all UCLA students, faculty and alumni, as well as Los Angeles-area founders with no direct connection to UCLA. As the largest public university in Los Angeles, we believe our public charter is to also support our community, hence, supporting founders from the area as well. This scope provides a diverse mix of founders in each cohort with different backgrounds and experience. Since the program inception in 2018, the Accelerator has supported 61 companies, of which two were purchased. Others have earned a total of $24 million in revenues and $92 million in venture funding to date.

We are doing our part to put more companies founded by women and/or people of color front and center. In each of our six-month sessions, half of our founders are women. Diversity and inclusion are a priority for UCLA Anderson and UCLA as a whole has been ahead of its time with a culture that embraces the freedom to create and the benefits of collaboration.

The Accelerator program supports four possible exit goals for its companies: to sell the startup company outright, to reach a state of self-funding, to receive a seed round of venture capital funding or to enter another accelerator with equity financing. The application is now open on the Anderson Venture Accelerator website for early stage founders to apply for the 2021 program.

In fact, UCLA Anderson alumna, Nicole Gear, a co-founder of the video telephony company Lanikai Labs, can attest to the support that the Accelerator provides. Earlier this year, Lanikai Labs was acquired.

“The Anderson Venture Accelerator was instrumental in our startup’s success,” Gear said. “The tailored programing and hands-on advisors kept us laser focused on growing Lanikai Labs. Likewise, through their connections with industry experts and our own entrepreneurs-in-residence, I was able to hone my public speaking and pitching skills. The support that Trish and her team provided helped us move from ideation to exit in under 18 months.”

Gear and her co-founders did not have to pursue venture funding for Lanikai Labs. But she has previously had experience with venture funding for other startups. And she acknowledges that female founders have a steeper hill to climb than do their male peers when it comes to obtaining adequate funding.

“It’s no secret that securing venture funding is a huge hurdle for female entrepreneurs,” she said. “In my experience, female entrepreneurs are treated differently than our male counterparts — both from the deal-sourcing perspective and during the pitching process. My advice to women out there is not to be discouraged by this, but rather to search out firms who are committed to diversity in their investment portfolios. It is a hurdle, but not an insurmountable one.”

Every day in the Accelerator, I see risk-friendly women who want to change the world. They have the smarts, the energy and the creativity to accomplish that goal. Let’s collectively help them to achieve it.

Much work remains, but there is no better time to be a female founder than now. The difference between 30 years ago and now is like night and day. Together we can move the needle on venture funding to ensure that women get their fair share. 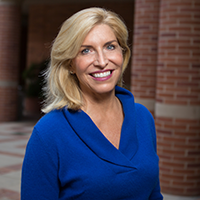 Trish Halamandaris is the Director of the Venture Accelerator at UCLA Anderson. Learn more at anderson.ucla.edu/accelerator.