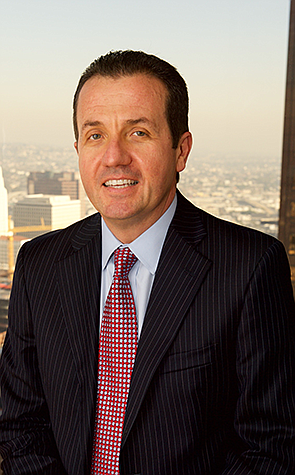 Joseph Brajevich was born in Split, Croatia and learned English at the age of four after he and his parents immigrated to the United States to take up residence in San Pedro. He excelled as an American student athlete, playing football in high school and taking up competitive rowing when he attended college at UCLA.

After a successful career in private practice representing colorful individuals and corporations, Brajevich joined the LA City Attorney’s office in 2004 and initially was assigned to tackle water issues at LADWP, the nation’s largest municipal utility. LADWP meets the water and power demands of the City’s four million people and businesses. Its five-member board is appointed by the Mayor and it employs more than 8,000 people.

Brajevich quickly rose through the ranks and gained more responsibility as the Assistant General Counsel and was eventually appointed General Counsel by current City Attorney Mike Feuer in 2016. Throughout the years, he has guided LADWP as it takes bold actions to adapt to climate change, including advising on construction and power purchase deals for renewable sources and overseeing fruitful negotiations with large corporations to remediate contaminated local groundwater. He enjoys the intricacies of constitutional interpretation and crafting legal solutions. He oversees a staff of about 40 attorneys, plus staff, and has joined the City Attorney in seeking a workplace that reflects the city it represents. Every day, Brajevich successfully navigates the complicated and challenging world of a city department that is overseen by an appointed board and also subject to the veto power of the City Council.