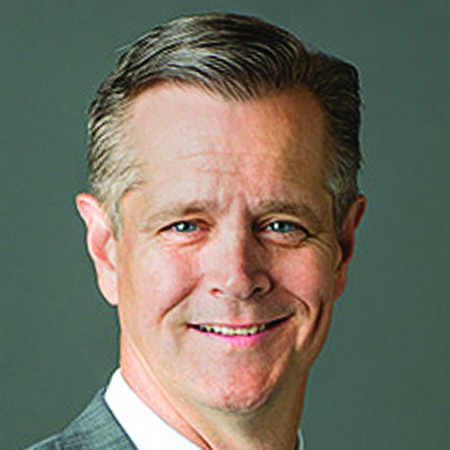 Robert W. Stone leads City of Hope, a premier cancer research and treatment center dedicated to innovation in biomedical science and the delivery of compassionate, world-class patient care. A seasoned health care executive, he has served in a number of strategic decision-making roles since he joined City of Hope in 1996, culminating with his appointment as president in 2012 and CEO in 2014.

Stone’s strategic acumen, empathy and visionary leadership have driven City of Hope’s rapid evolution. As an independent institution dedicated to advancing the fight against cancer and diabetes, City of Hope is accelerating opportunities for high-impact discovery and ensuring that patients around the world have access to the most advanced therapies. Recent examples include a groundbreaking alliance in precision medicine with the Translational Genomics Research Institute (TGen), a leader in genomic analysis and bioinformatics; leadership in CAR T cell therapy research and therapy; and an innovative program to offer cancer support services to the employees of some of American’s largest employers, regardless of geography.

In the last few years, City of Hope has expanded access to its exceptional, patient-centered care, growing from a single site outside of Los Angeles to a clinical network spanning 30 locations throughout California.