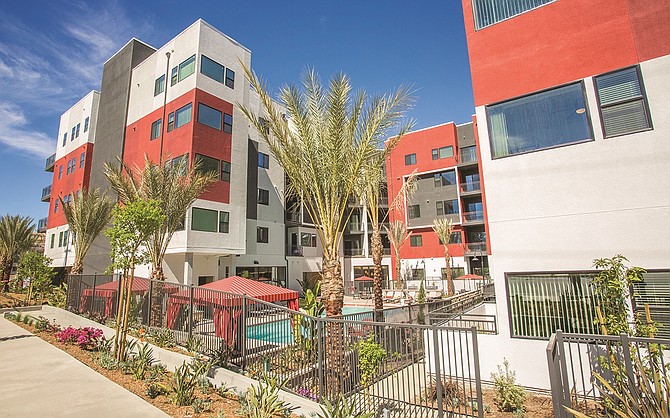 Experts say multifamily will take about 18 months to bounce back.

After a nearly decadelong winning streak, the Los Angeles real estate market has run up against a formidable foe in Covid-19.

While the pandemic is expected to pack a punch in the short-term, market watchers say it’s unlikely that L.A. real estate has met its match, especially in the long run.

“The second quarter will be very tough for commercial real estate and nearly all other industries,” Richard Barkham, executive director and global chief economist at CBRE Group Inc., said in a statement.

“A fall in the rate of infection in April and an easing of lockdown requirements in May and June will provide the basis for recovery in consumer spending in the third quarter. A huge and generous government stimulus program also will kickstart activity,” he added.

Like other observers, Barkham believes there’s “no quick fix” and that the market will take a while to rebound.

“We expect value to be very resilient in the longer term,” Barkham said.

Part of the reason is the underlying strength displayed by a market that saw record prices and bidding wars for the past several years.

“Before Covid, industrial was great and didn’t seem to have any signs of slowing down,” said Richard Green, director of the USC Lusk Center for Real Estate. “They haven’t been able to build it fast enough. Industrial was very, very strong; apartments were good; rents were rising again quite rapidly, so the concern was on the affordability side. But on the investment standpoint, it was doing very well. Hotels were okay. Office, some of it was going gangbusters.”

Since 2014, more than $26 billion has been spent on commercial real estate annually, according to data from Newmark Knight Frank.

Nationally, the commercial real estate recovery is expected to take 12-30 months, according to CBRE projections.

Experts believe there are two types of properties that are poised to be the most resilient: industrial and residential.

Industrial is expected to have the fastest recovery time, about 12 months. Residential, led by multifamily, figures to take about 18 months to bounce back.

Industrial, according to CBRE, will likely see a short-term slowdown in leasing and a slight uptick in vacancies.

Growing demand for ecommerce, though, is expected to help the sector.

“Industrial was doing terrifically well. Vacancies were minimal. That was a reflection of strong ecommerce sales, a demand for same-day delivery,” said Eric Sussman, an adjunct professor of accounting at UCLA. “Post-Covid (industrial) will be okay. That’s maybe the best place to be is industrial. If anything, Covid is going to increase demand. Industrial probably is the safest place locally before and after.”

“People are paying their leases; there are still new leases being signed. It seems to be just fine. If you think about who uses their product, they are doing very well,” he said.

Multifamily housing will also do well, experts say, because people still need a place to live and Los Angeles has a housing shortage.

Local companies are betting on the sector’s long-term success.

“Mortgage credit is getting a lot tighter, which means that people that would buy houses aren’t buying houses, which means the demand for multifamily housing is going to be there,” Green said.

As far as single-family housing goes, Sussman said we should expect to see a decrease in the number of transactions, but prices holding firm.

People are sheltering and not looking for new homes right now, he said, which decreases the number of homes for sale while prices remain stable.

“Volume is continuing to be lower than what you see in the spring, which is usually a strong season, but I don’t see pricing declining a lot. Sellers aren’t desperate, and even with the stricter underwriting of loans, the rates are down,” Sussman said.

Green added that forbearance on mortgages is making it so people do not have to sell their homes which has “relieved downward price pressure.”

If unemployment remains high, though, people may eventually have to sell.

Still, Green said it will not be like it was during the last recession.

“The fundamentals are so much better than they were,” he said.