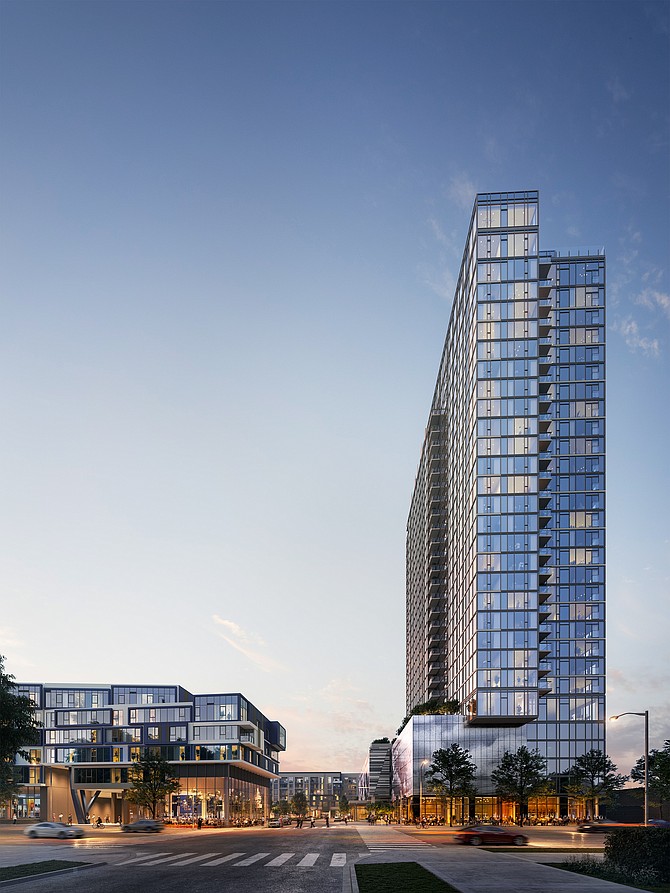 The Cumulus will have a 31-story high-rise and a seven-story mid-rise building.

On the edge of West Adams, Cumulus is rising.

Developer Carmel Partners Inc.’s project sits on 11 acres at the corner of Jefferson and La Cienega boulevards near the Expo Line.

Cumulus is slated to have a 31-story high-rise and a seven-story mid-rise building, with a combined 1,210 residential units.

The property is the former site of a Cumulus Media Inc. radio station.

“There’s a nod to that history,” said Dan Garibaldi, Carmel Partners’ managing partner of development and construction, citing the project and buildings’ names, as well as an on-site recording studio.

The 31-story ARQ tower, designed by Solomon Cordwell Buenz & Associates Inc., is scheduled to start leasing this summer, with residents able to start moving in this September.

The seven-story VOX building, designed by TCA Architects, is expected to open in spring 2021.

Garibaldi said the location was a huge plus.

Garibaldi said he anticipates that Cumulus will help create a greater sense of community in the area.

The amenity-rich project will have coworking spaces, a recording studio, spas and pools.

The development’s 100,000 square feet of retail will be anchored by a Whole Foods store, which is expected to open in fall 2021.

Garibaldi said the project was “in the middle of the lease up process” and would be curating fast-casual to higher-end dining options, coffee shops, fitness centers and retailers. 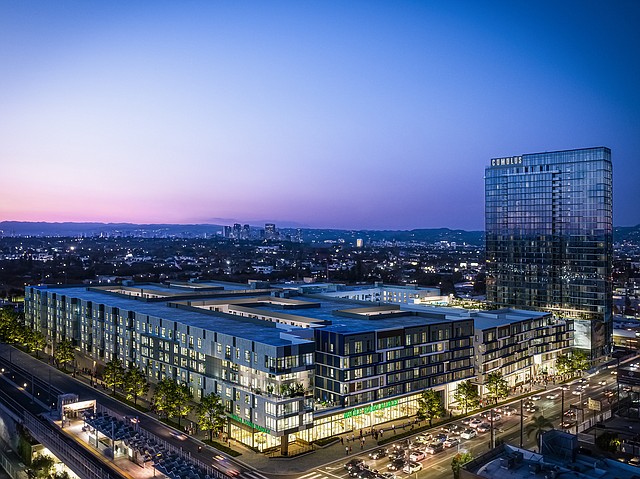 The Cumulus project is expected to open in stages starting in 2020.

West Adams is home to a plethora of developments. CIM Group has filed plans for a large number of projects in the area, including a mixed-use site with 69 residential units and 6,000 square feet of retail at 5109 W. Adams Blvd.

“They, over the last couple of years, have been buying up small sites here and there, and are now in the stages of building everything out,” he said. “CIM really is controlling this whole project and this whole area. Their master plan and their vision is to create an Abbot Kinney- or a Highland Park-esque retail destination.”

Gerlach added that there was high demand for office space in the area, too.

“The reason we’re seeing this is largely because of the Westside office dynamic,” he said. “There’s very high rental rates and very limited amounts of space. West Adams has become this outlet for this demand for space and companies looking for space that’s a little bit more affordable and still centrally located. It’s on everybody’s radar now. In the last 12 months, it’s gone through some pretty significant changes.” 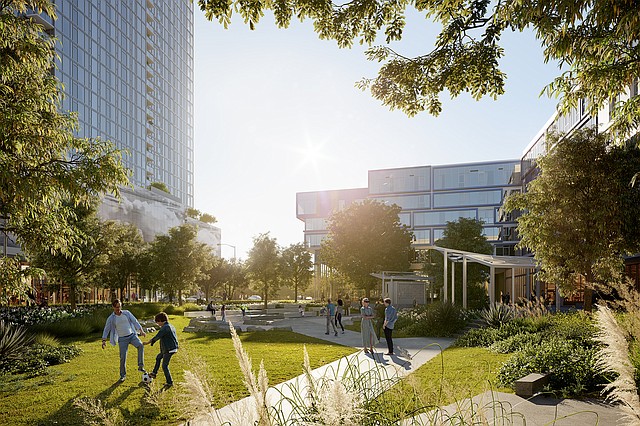 A 1-acre central park will connect the two buildings and the amenities, including clubhouses, coworking spaces, spas, outdoor pools, a 24-hour fitness center, entertainment and media rooms, and a pet room and grooming areas.

“Between Culver City, the Westside and downtown L.A., prices in terms of office space, retail space, everything continues to go up. West Adams has been an affordable pocket for the time being. You have housing which is one of the more affordable locations within L.A., making this area very attractive to employers and employees,” he said.

Public transit in the area is also attractive, market observers say, with the Expo Line and the upcoming Crenshaw Line.

“Developers are trying to take advantage of being a transit-oriented area and all the incentives,” Kasparian said.

Part of the reason development is happening so quickly is that West Adams is in an opportunity zone. The zones aim to increase development in economically distressed areas by allowing investors to defer taxes on capital gains.

“The Opportunity Zone factored with the rising cost of real estate through L.A. makes this an absolute darling for investors looking to benefit from this and looking to expand their portfolio,” Kasparian added. 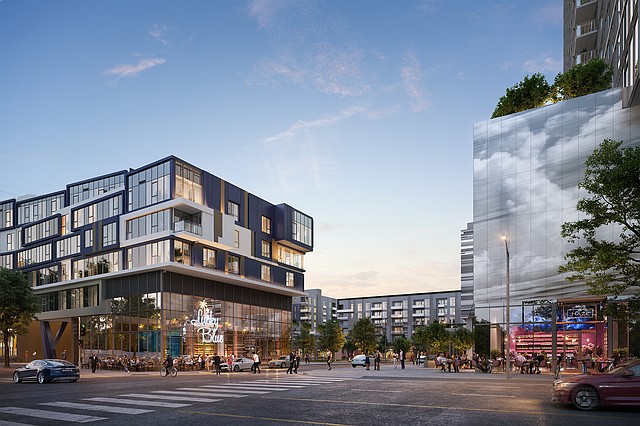 The Cumulus will have a Whole Foods grocery store and 50,000 square feet of additional retail space.

Culver City, he said, would likely have larger office buildings and chains while West Adams will likely have smaller offices and more local, boutique retail.

Garibaldi said Carmel Partners was interested in working on more projects in the area as well. “I think it’s going to be one of the most exciting areas in all of L.A. in the near future,” he said.