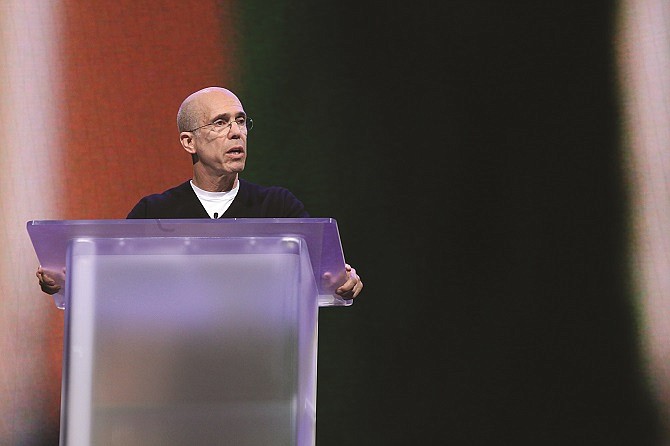 In an unusual move for an entertainment platform, Quibi plans to mark its official launch April 6 with an awards season-style red carpet celebrity event at the 3Labs production and event space in Culver City. The guest list has not yet been announced.

The $1.75 billion comes close to Katzenberg’s initial goal to raise $2 billion for the platform, which the veteran Hollywood executive and Dreamworks Animation co-founder revealed in October 2017.

At the time, Katzenberg said he planned to create programming in bites of 10 minutes or less, each with its own narrative arc. His idea was that the content would fit the short attention span of a young audience raised on digital entertainment and that the videos would be ideally suited for consumption on a smartphone’s small screen.

Even though the programs would be short, Katzenberg said he would engage A-list talent and spend $100,000 per minute to produce mini-shows of the same quality as premium platforms, including HBO and Netflix Inc. A professionally produced minute of YouTube programming costs an average of $10,000.

Katzenberg, with marked understatement, acknowledged early on that the $2 billion goal was a “high bar.” But investors quickly stepped up to the plate. In 2018, the company announced that a first round of funding had raised $1 billion.

Katzenberg hired Whitman, who previously served as president and chief executive of Hewlett Packard Enterprise Co., in January 2018. She had also been a Disney executive and a board member at DreamWorks.

The pair revealed the new name for the company, Quibi, short for “quick bites,” at a Vanity Fair “New Establishment Summit” in Beverly Hills in October 2018.