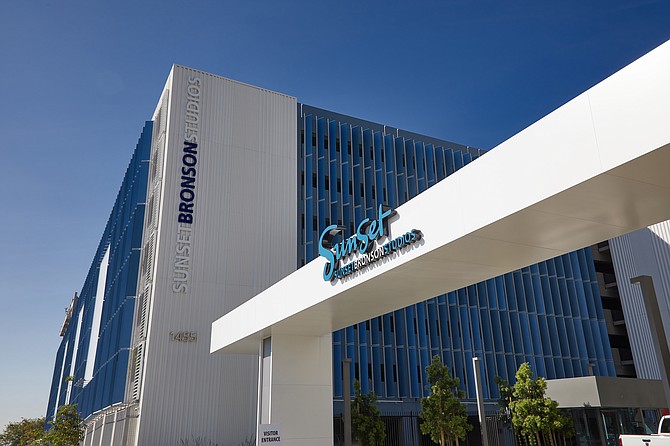 Brentwood-based Hudson Pacific Properties Inc. will soon have a new partner in its iconic studio sites in Hollywood.

The 2.2-million-square-foot portfolio is valued at $1.65 billion.

Hudson Pacific will own 51% of the properties. The company will also lead day-to-day operations, leasing and development.

The deal, which was announced June 29, is expected to close later this year.

“Hudson Pacific has been at the forefront of Hollywood’s renaissance for more than a decade, owning, operating and building world-class creative office and production campuses for leading media and technology companies,” Victor Coleman, Hudson Pacific’s chief executive, said in a statement.

“Our latest joint venture with Blackstone unlocks a portion of the value we’ve created for our shareholders and provides us with significant capital to grow both our studio and office portfolios, including the build-out of additional development rights at our existing studios.”

“We are pleased to once again align with Blackstone, a trusted and proven strategic partner, who shares our long-term vision for our studio portfolio and the asset class more broadly,” he added.

Last year, Hudson Pacific announced a joint venture with an affiliate of Blackstone to acquire and renovate Bentall Centre, a 1.45-million-square-foot office and retail complex in Vancouver.

Hudson Pacific owns 20% of the joint venture and is responsible for day-to-day operations and development. Blackstone owns 80% and serves as the managing partner.

There is also more than 966,000 square feet of office space in the portfolio including the Icon, Cue and Epic buildings.

Los Gatos-based Netflix Inc. is the largest tenant in the portfolio, leasing more than 700,000 square feet.

“Our business is driven by investing thematically in sectors with powerful secular tailwinds, and there is no better example of that than content creation in Los Angeles,” Ken Caplan, global co-head of Blackstone Real Estate, said in a statement.

Hudson Pacific isn’t the only local company interested in soundstages.

First, the company closed on the previously announced purchase of the iconic Television City studios, a 25-acre campus in the Fairfax area that it acquired from CBS Corp.

MBS Media Campus is a 220-acre facility in Manhattan Beach.

“We’re on the verge of returning to work and production, and the pent-up demand is tremendous,” he said. “If there is one group of companies that haven’t fallen apart with Covid, it’s been streaming, content, entertainment-related.”

He added that demand for soundstages will likely be high for at least the next five years.

“(Covid) will strengthen the demand for soundstages,” Muhlstein said. “People won’t want to travel far, and productions are going to take longer to shoot because there will be safety monitors and smaller groups and logistical challenges.”