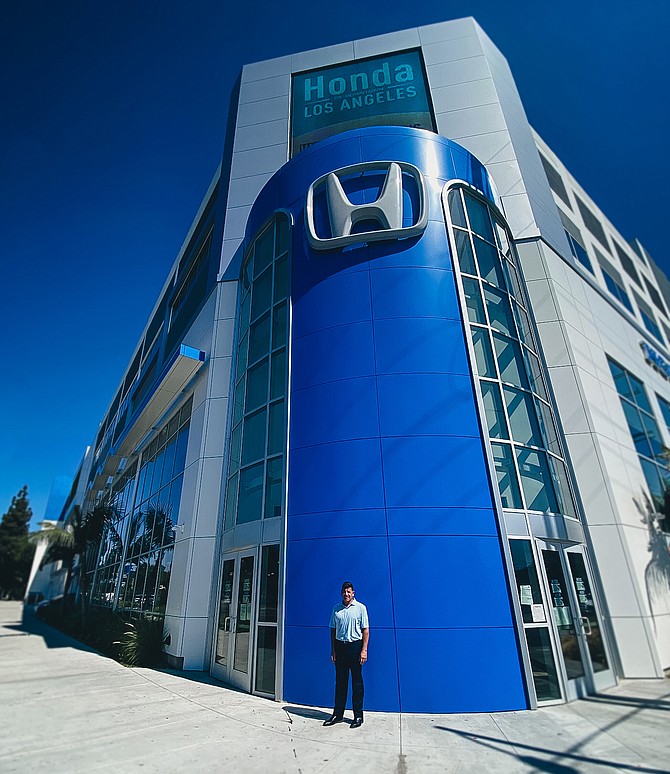 “Honda is a brand that we didn’t have, but I’ve wanted it badly for years,” Brandon Steven said in a statement. “The fact that it’s on the West Coast is another plus above the fact that we’re adding the impeccable reliability of Honda to our group of dealerships.”

Joe Shuster, Sean Wolfington and Ted Bessen bought the bankrupt dealership in 2011 for $3 million. Shuster invested another $38 million in 2017 to move the dealership from 1540 S. Figueroa St. three miles south to 740 West Martin Luther King Blvd., where he built a five-story, 210,000-square-foot facility on a vacant site he purchased from USC.

“Most of our customers and employees live closer to the Coliseum and the surrounding communities of USC,” he said at the time. “This property offers the ideal location to allow us to become a part of the vibrant, evolving community as opposed to making people leave their neighborhood to come to us.”

Shuster was right — prior to the pandemic-related shutdown, the dealership was selling about 5,000 vehicles a year and ranked among the top 200 Honda stores in the United States.

Honda of Downtown Los Angeles has 124 employees, whom Steven plans to add to his workforce of about 4,500.

“The dealership will continue to operate with the same key players,” he said. “I will bring some economy to scale and new technologies, but customers can expect the same five-star experience with a touch of Midwest charm.”

Steven and his brother, Rodney Steven II, co-own Steven Enterprises, a parent company they started in 1994 that operates a string of auto dealerships, health clubs and restaurants in all 50 states.

“Rodney and I look to challenge each other constantly to achieve more,” said Brandon Steven. “I’m not going to be satisfied until we take Honda of Downtown Los Angeles to (be) the No. 1 Honda dealership in the country.”