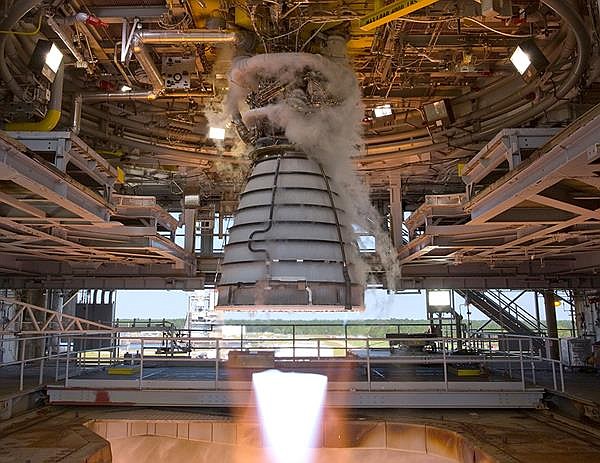 Aerojet Rocketdyne produced four RS-25 engines and one RL10 engine to be used on Artemis II, which are ready to be installed on the SLS's core stage.

The hardware will be used in NASA's Artemis II mission, the second of nine planned launches in NASA’s lunar exploration program.

“These are very exciting times for both NASA and the nation,” Eileen Drake, president and chief executive of Aerojet Rocketdyne, said in a statement. “The United States is sending humans beyond low Earth orbit for the first time in nearly 50 years, and we are traveling even farther with Artemis than we did with Apollo.”

The RS-25 engines will provide around 2 million pounds of thrust power to the SLS rocket, which NASA said will be the most powerful in the world. The RL10 engine will accelerate the Orion spacecraft to speeds of more than 24,000 miles per hour for the crew to reach the moon.

The engines will be installed onto the SLS’s Interim Cryogenic Propulsion Stage, which is currently being manufactured by Boeing Co. and United Launch Alliance.

NASA has contracted Aerojet Rocketdyne to produce 18 engines for the SLS rocket in a deal that's worth nearly $3.5 billion and runs through 2029.

“[Artemis II] is a key precursor to landing the first woman and the next man on the moon,” Drake said in a statement. “Aerojet Rocketdyne propulsion systems will play a critical role in making this endeavor a reality.”