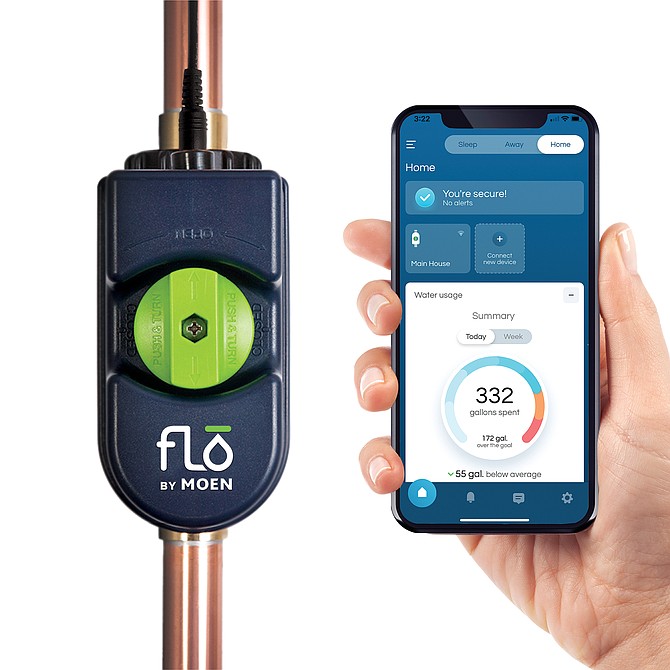 Flo and Moen collaborated on a smart water detector and app.

The deal is a culmination of previous product collaborations and investments according to Flo Chief Executive Gabriel Halimi.

The companies met at CES in 2018, where Flo debuted its smart water monitoring and control system.

“We talked a little bit about where we were going and our technology, and they followed up several months later, and it was like magic. We were just kind of finishing each other’s sentences,” Halimi said. “This doesn’t really happen in the plumbing industry. … It’s very rare to find … an incumbent plumbing organization (that) understands where the future of water was going, to have their own strategy.”

Moen is part of Fortune Brands Home & Security Inc., a Deerfield, Ill.-based company with a market value of about $8.9 billion that specializes in cabinets, plumbing, doors and security products.

“Smart technology is the future when it comes to how people experience water in their homes, and we’ve invested heavily in innovation in this space to create products that enhance every element of that experience, from the water that flows through showerheads and faucets, to making sure no drop of water flowing through your pipes is wasted,” Mark-Hans Richer, Moen’s chief marketing and innovation officer, said in a statement.

Halimi and his father Henry started Flo in 2015 after the elder Halimi invented a device that connects to a home’s main water supply line and monitors use and potential for leaks.

“He spent eight years figuring out what is the most preventative and cost-effective technology that could apply to everybody’s home,” Gabriel Halimi said, adding he “took one look” at his father’s prototype, and quit his job as senior counsel at Umami Restaurant Group in Beverly Hills.

They started fundraising and within six months lined up $3.5 million from Crosslink Capital in San Francisco. The second round of funding materialized in November 2017 and was also led by Crosslink, providing Flo with $7.5 million to kickstart production overseas and hire employees. Flo now employs 35 people.

The CES encounter with Moen resulted in a Series B investment of $28 million by Fortune Brands in January 2019 and a product collaboration — the $499 Flo by Moen Smart Water Detector — introduced at CES 2020.

In addition to wholesale and ecommerce, the company has formed “partnerships with insurance companies and water utilities, and we are now working on partnerships even with homebuilders,” Halimi said.

He declined to provide revenue figure but said Flo’s products have been installed in “tens of thousands of homes.”